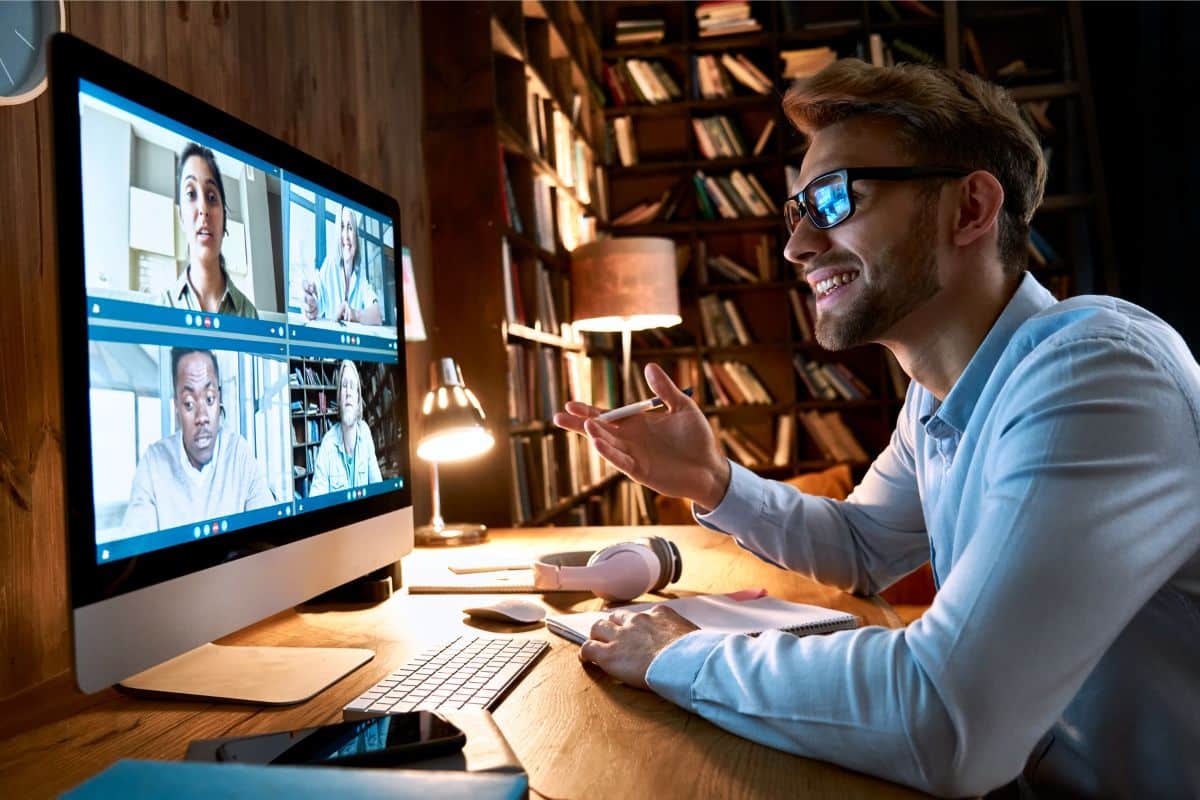 People know what you’re thinking just by observing your movements and mannerisms.

And, this is true even if you aren’t working in a traditional office. We give off unconscious gestures all the time, and most of them are nonverbal. And believe it or not, these nonverbal expressions could be hurting your career.

Zoom has become a big part of your daily work life if you work from home. According to Zoom, people spend around an hour on each Zoom call. That’s enough time for other participants to notice what you’re doing, and believe it or not, they only need to look at your facial expressions to figure out what you’re thinking.

Most of us don’t realize that we’re making these career-destroying expressions during remote video calls on Zoom.

The next time you’re in a remote video call, pay attention to your facial expressions and nonverbal gestures to make sure they are not secretly hurting your career.

Here are 7 facial expressions that are hurting your career.

1. Raising or lowering your brow.

Furrows are little wrinkles in your forehead, often caused by raising your eyebrows. And, it’s a nearly universal sign that you’re either confused or worried. In some cases, it may indicate to others that you’re angry about something or disagree with what’s being said. Raising your brow is one of the most common nonverbal expressions to avoid.

Related: How to use your body language to communicate while wearing a mask

2. Shaking your head no.

In some contexts, shaking no is perfectly acceptable. But in others, it can be perceived as a condescending reaction to something that you don’t like. And this is especially true if a smirk joins the head shake. Head shakes often come across as rude and judgmental unless you respond to a direct question.

If you never look at the camera, that’s a clear sign that you’re probably not paying attention. If you are reading or watching something else during the call, resist the temptation to react to it. Out-of-context reactions on Zoom calls are a clear giveaway that you’re unfocused.

For instance, if your boss is talking about the details of a big project, but you’re giggling because you’re watching a YouTube video, that may not help your chances of a raise or promotion. Make a point of looking straight at the camera during the meeting.

Related: Is It Too Late to Buy Zoom Stock?

People can usually pick out fake smiles. When we smile with tight or hidden lips, we unconsciously express displeasure or dishonesty.

“When Anthony Weiner said his Twitter account had been hacked, he pulled in his lips. So did A-Rod when he talked about using banned substances. I see many people do it when they’re trying to hide an emotion too uncomfortable to share,” Oprah.com wrote. It happens a lot without us even noticing.

We bite our lips when we feel nervous or anxious about something. If you bite your lips before speaking or giving an answer to a question, you’re nonverbally communicating to other people that you’re about to say something that you don’t believe. Or something that you’re afraid of what their reaction might be. Either way, it portrays a lack of confidence.

Whether on a video conference or not, slouching is a sign that you’re either disinterested or bored. And both of these nonverbal cues are negative. Instead, sit up straight, especially when you are speaking. Keep your shoulders slightly back and your eyes focused on the screen. This instantly makes you look more in-tune, confident, and professional.

Related: 20 Video Interview Tips to Rock Your Next Job Interview

Even on video calls, the clothes that you wear make a statement. “While a face-to-face meeting gives you added opportunities (entering the meeting room, shaking hands, etc.), your visual presence sets that first impression on the screen,” writes Dr. Carol Kinsey Goman. Make sure that the clothes you wear put forth the right message.

How can we make ourselves look more professional on video calls?

First, understand that other people are watching us. They notice when we move. If we’re distracted, other people on the call will know. To combat this, stay focused on the meeting by looking over at the camera and screen every 30 seconds. Eye contact is vital.

Maintain good posture throughout the meeting, and avoid touching your face and hair. It’s an indication that you’re nervous or uncomfortable. “This includes playing with your hair, itching your noses, or chewing your lower lip. You want to avoid these when attending a virtual meeting as you don’t want to come across as insecure,” Forbes wrote.

Also, use hand gestures while speaking to avoid looking too robotic. Using our hands makes us appear engaged and focused, and those are two qualities that we always want to portray in professional video conferences.

This article was produced and syndicated by Wealth of Geeks.

Steve Adcock is an early retiree who writes about mental toughness, financial independence and how to get the most out of your life and career. As a regular contributor to The Ladders, CBS MarketWatch and CNBC, Adcock maintains a rare and exclusive voice as a career expert, consistently offering actionable counseling to thousands of readers who want to level-up their lives, careers, and freedom. Adcock's main areas of coverage include money, personal finance, lifestyle, and digital nomad advice. Steve lives in a 100% off-grid solar home in the middle of the Arizona desert and writes on his own website at SteveAdcock.us.