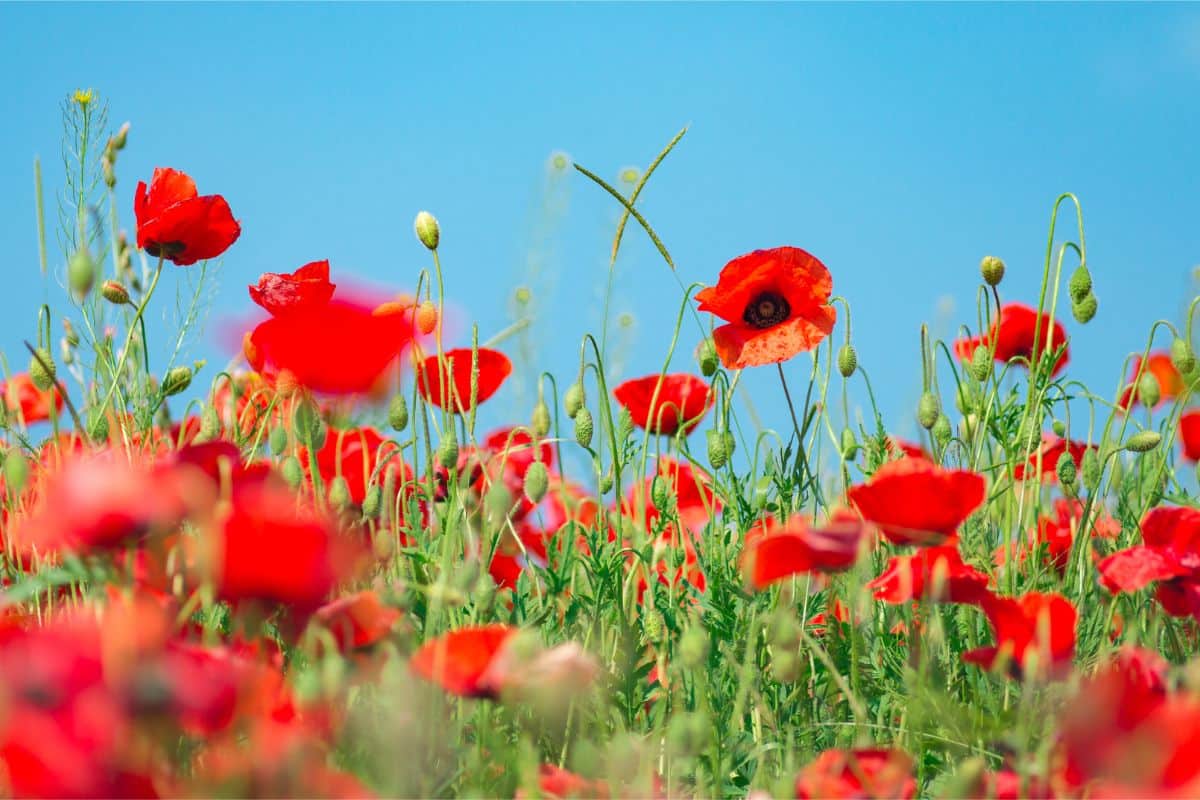 A few years ago, I was leaving the grocery store when the cashier told me to take off the poppy that was still pinned to my coat. She said that Remembrance Day was over and that it was offensive to leave it on.

I was taken aback by her comment and asked, “So, we’re only supposed to remember the veterans for two weeks a year?”

I couldn’t tell if she was trying to brush off the comment to avoid any further discussion or if she simply had no clue what she was talking about, but she replied, “It’s just the way it is.”

The woman in line behind me then chimed in with a simple “Leave it on” and smiled as I grabbed my bags and left.

War is a touchy subject; naturally, I have my own opinions.

I was not, however, trying to make a political statement or purposely be disrespectful by leaving my poppy on. I honestly had just forgotten it was still there.

Leaving a poppy on after Remembrance Day is good, isn’t it?

Why Do We Wear Poppies?

Remembrance Day is a time for us to come together and remember all those who have fought for our country. It is a day to honor their sacrifice and recommit ourselves to working for peace.

So why do we wear poppies on Remembrance Day?

The poppy has become a symbol of Remembrance Day because it is a flower that grows in fields where battles have been fought. It is a reminder of the bloodshed and the loss of life that has occurred in war.

When we wear a poppy, we show respect for the soldiers who have died in the war, the veterans who survived, and their families. We are also pledging to work for peace so that future generations will not have to experience the horrors of war.

The poppy is a powerful symbol. By wearing one on Remembrance Day, we are helping to keep the memories of those who have died in war alive.

Is It Offensive To Wear a Poppy After Remembrance Day?

Some people agree with the cashier and feel that wearing a poppy after Remembrance Day is disrespectful.

One 2008 article by CityNews states:

“Most people don poppies about two weeks before Remembrance Day. But you shouldn’t be sporting them in the days afterwards, although many do, thinking it’s a sign of respect. The poppy is actually supposed to be left on the tomb at the place where the ceremony is held, a final sign of respect for the fallen soldiers who never came home. Or they can be worn for the remainder of the day. But once November 12th comes, the poppies should be gone.”

Another 2015 article by the CBC also says that you should take your poppy off after November 11th.

… But The Veterans Say No, It’s Not Offensive

According to a 2021 Metro article:

“The official stance of the Royal British Legion is that you can wear a poppy any time during the year as it commemorates those who lost their lives in war.”

As a Canadian, I wanted to see if we held the same view on the subject as the British do. And we do!

“[…] it is not inappropriate to wear a Poppy during other times to commemorate Fallen Veterans and it is an individual choice to do so.”

“There is no set period when the poppy should be worn. In fact, a person may wear a Poppy at any time. Traditionally, however, the poppy is worn during the Remembrance period, which is from the last Friday in October to the end of the day on 11 November.” [updated Source 1 and Source 2]

No matter your stand on war or poppy etiquette, telling someone it’s offensive to wear a poppy after Remembrance Day is incorrect.

Wear Your Poppy As Long As You Want

There are a lot of issues raised around the subject of wearing a poppy:

The correct amount of time you are allowed to wear your poppy shouldn’t be one of them.

Of course not! So why would it be offensive to wear a poppy after November 11th?

As the Legion clearly states, “Wearing a Poppy is a personal expression of Remembrance, and how someone chooses to wear a Poppy is always an individual choice.”

That said, the tradition is that the poppy is removed at the end of Remembrance Day and placed on the cenotaph or a wreath, stored or disposed of as a sign of respect.

What do you think? Do you wear your poppy after Remembrance Day?

19 thoughts on “Is It Offensive To Wear a Poppy After Remembrance Day?”