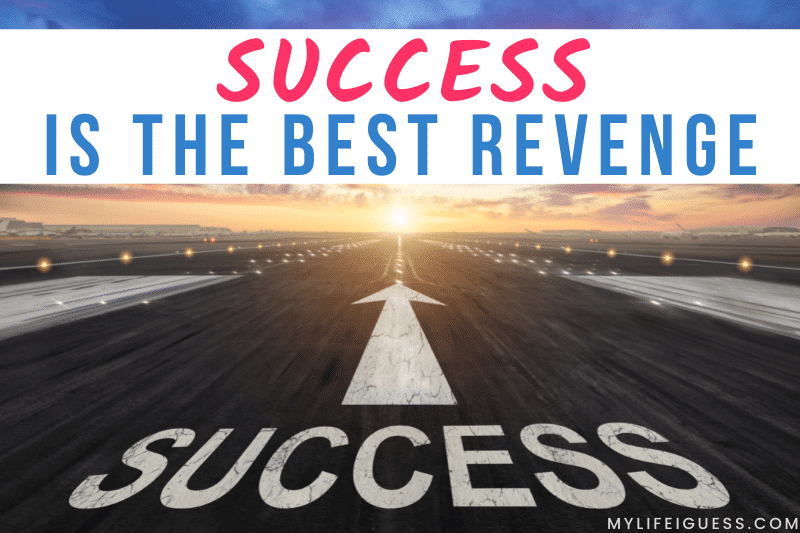 Has someone ever wronged you? Once upon a time, your enemy would have received severe punishment. That was centuries ago. We’re more civilized these days, but that doesn’t mean we are any less angry and emotionally upset.

You may lose a job unfairly, have a significant client taken away, be bullied at work, your partner stole assets, or your spouse is sleeping with your best friend. When someone causes you harm, it is natural to have an emotional reaction: rage, anger, and the desire for revenge. However, revenge will never make you better and hurt your chances at your success and happiness.

The definition of revenge is an act or instance of retaliating to get even. Media captivates us with revenge stories like in Stephen King’s Carrie about a bullied teenager who takes brutal, vengeful action in this horror story. (It’s a great movie, by the way.)

Some believe revenge is justice, but that is vigilante thinking. Thinking about exacting revenge is a human response, but it offers little in the way of satisfaction.

Is that a worthwhile use of your time, energy, and productivity? Wouldn’t it be better if you are a success despite it all? Rather than retaliate, consider this as a temporary setback and not a barrier. Refocus on the task on hand. Reestablish trust in yourself and your mission.

In reality, there are more failures per success tale because of the efforts it takes. People love stories about winners but don’t know how many failures there were beforehand.

Revenge reinforces negativity. Confucius said, “Before you embark on a journey of revenge, dig two graves.” Instead, visualize your success. These events that conjure revenge images in your head are never as catastrophic in hindsight. Let them provide you with invaluable lessons. Failure is so much a part of achieving your goals. Being successful too early in life robs you of that needed defeat.

Who hasn’t felt misjudged, mistreated, attacked, or socially rejected in life or in their jobs? There are tons of talented people top in their field today but were passed over or fired. Their stories are notable. The great Michael Jordan faced rejection by his high school basketball team, which made him fight harder to succeed.

Jordan is widely considered one of the greatest athletes of all time. That’s not all. He is among the most marketed sports figures for endorsements and has found prosperity in the business world. He has a mindset geared to success and has an estimated net worth of over $2.1 billion in 2020, according to Forbes.


Why Success Is The Best Revenge

Success is very different for each of us. For some, it is becoming prosperous, and for others, it is finding security and peace. Understand what you want to achieve and go for it.

Revenge can be an excellent motivator.  Let others who hurt you see you dust yourself and thrive. The early stages of success are so sweet. It fuels our enthusiasm to continue to work hard towards our goals. Winston Churchill said, “Success is not final, failure is not fatal: it is the courage to continue that counts.”

Resilience, hard work, and perseverance are traits need to achieve your goals. Worthwhile goals motivate us towards fulfillment. You should waste no time or energy to deter you from accomplishing what you want. Find meaning in the project you are working on and visualize the success of completing your work.

Anger and hurt take our energy away. You want the person who caused you pain to have their comeuppance. Don’t think about what they deserve, rather focus your energy on what you will gain from this experience. Concentrate on your eventual win.

Rechanneling your negative emotions to positivity allows you to see the light at the end of the tunnel. Stay on your life’s journey you set out to accomplish. There is always something or someone who is there to derail your trip. Put yourself back on the road to success. Letting go of anger and angst is success in itself.

Ignore the naysayers who will try to convince you that you are working too hard, ignoring people who love you, and money isn’t everything, and so forth. Some may mean well, but others are trying to undermine your efforts by planting doubt. Don’t let anyone stall your growth and progress. If you are working purposefully towards your goals, then prove the cynics wrong.

Our attitudes can help or hurt us, and we have the power to adopt a more favorable mindset. A person with a scarcity mindset blames the world for their mistakes and cannot accept failure. The scarcity mentality hinders the person’s ability to make decisions, believing the grass is always greener somewhere else.

In contrast, those who have an abundance mindset have a positive outlook and see limitless opportunities. They embrace change, meet challenges more efficiently, and can handle decisions better with more optimism. For them, experiencing failure are lessons they learned on their way to success. You can choose the abundance mindset by letting positivity reign.

There is no better place to learn about the need to have a positive perspective than from Dr. William Hemreich’s 1991 study about Holocaust survivors. Roughly 140,000 European Holocaust survivors came to the US after World War II. They faced significant psychological problems suffered from hiding, being in captivity, physical and emotional harm, and losing the vast majority of their families at the hands of the Nazis.

Against all odds, many were successful despite turmoil in their lives. Elie Wiesel argued that though their past was terrible, it became the basis of the future. Rather than seeking revenge, they focused on building their families and living socially. They lived remarkably stable lives with higher birth and lower divorce rates than American Jews. They held jobs and earned a higher income, on average.

Dr. Helmreich found the survivors to have determinism and great perseverance to prevail over hardship. He discovered that human beings have tremendous capacities for strength and regeneration. This mindset enabled them to prosper and move forward from terrible experiences. As I have told readers in past articles, my mom, a Holocaust survivor, exhibited all the group’s resilience.

Traits of A Successful Person

Finding passion in what you do makes it easier for you to be successful. Understand where your interests are, and they usually will point in the direction of your career. You need to identify your purpose in life, so you know how you are defining your success. Is it creativity, making money, becoming famous, or helping others less fortunate? There are so many choices but pick what is best for you.

Passion and purpose are distinct. You may have many passions, but your life’s purpose is long-term, may be multifaceted, and helps drive you forward. You want to earn a good living and enjoy time with your family. Sometimes, you may face conflicts between these two purposes, especially when you have to work long hours to earn a higher income, bonuses, and promotions to accomplish goals such as retiring early.

Being self-disciplined at work is an essential ingredient to being a valuable employee. It means working hard is simply the minimum. You need to accomplish goals in efficient and effective ways.

It may involve taking risks and not necessarily cutting corners. Perseverance, resilience, and grit are scientifically proven behaviors held by those who are successful. Avoid procrastination and other bad habits that will detract from your abilities and reputation.

The most successful people – Oprah, Warren Buffett, Bill Gates, Sheryl Sandberg, and Mark Cuban – read hundreds of pages daily and enjoy learning. The constantly changing landscape calls on you to learn and develop new skills in many fields. Employers have pointed to the lack of education in essential soft skills like interpersonal communications, collaboration, initiative, and problem-solving, to name a few.

What successful people have in common is that they never believe they know enough. As lifelong learners by choice, they have failed many times but learn from their experiences.

Accept Failure To Have Greater Success

Set reasonable goals and establish strategies to execute your plan. Sometimes you will face obstacles and have to make trade-offs. After feeling the thrill of success, we may meet tests to make changes in our professional lives. We don’t like to admit to defeat and internally fight the need to modify plans. Sometimes we will have to accept the failure to move on.

Many successful people have trouble with doing this. It is difficult to admit you were wrong, wasted time and money. As an inventor, Thomas Edison made 1,000 unsuccessful attempts at inventing the light bulb. When a reporter asked, “How did it feel to fail 1,000 times?” Edison replied, “I didn’t fail 1,000 times. The lightbulb was an invention with 1,000 steps.”

After the lightbulb, Edison went on to have more failures, such as electrifying the country in competition with George Westinghouse and Nikola Tesla. Westinghouse won in a fascinating story, “The Last Days of Night.” However, to this day, Edison is known for his great successes.

In Steve Jobs’ Commencement Speech at Stanford University in 2005, he spoke of his challenges in life. After six months, he dropped out of Reed College, and Apple, the company he started, fired him.

“I didn’t know then, but it turned out that getting fired from Apple was the best thing that could have ever happened to me. The heaviness of being successful was replaced by the lightness of being a beginner again, less sure about everything. It freed me to enter one of the most creative periods of my life.”

A few years later, Job went back to run Apple. In 2007, the company under Jobs created the iPhone, the first successful smartphone, spurring an insane amount of productivity for the company in his last years, leaving a successful legacy. Rather than take revenge on those at the company that caused his dismissal, he set his sights on success, both Apple, the company he loved, and his own.

As Frank Sinatra once said, “The best revenge is massive success.”

YOUR TURN: Do you agree that success is the best revenge? Let us know in the comments what you think! 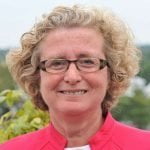 The Cents of Money

The Cents of Money is about financial education, here to teach and inspire you about money, seek new ideas, and to create greater comfort in your world about one of life’s great stresses. Linda wants to use her financial skills honed by her professional experience to help others.