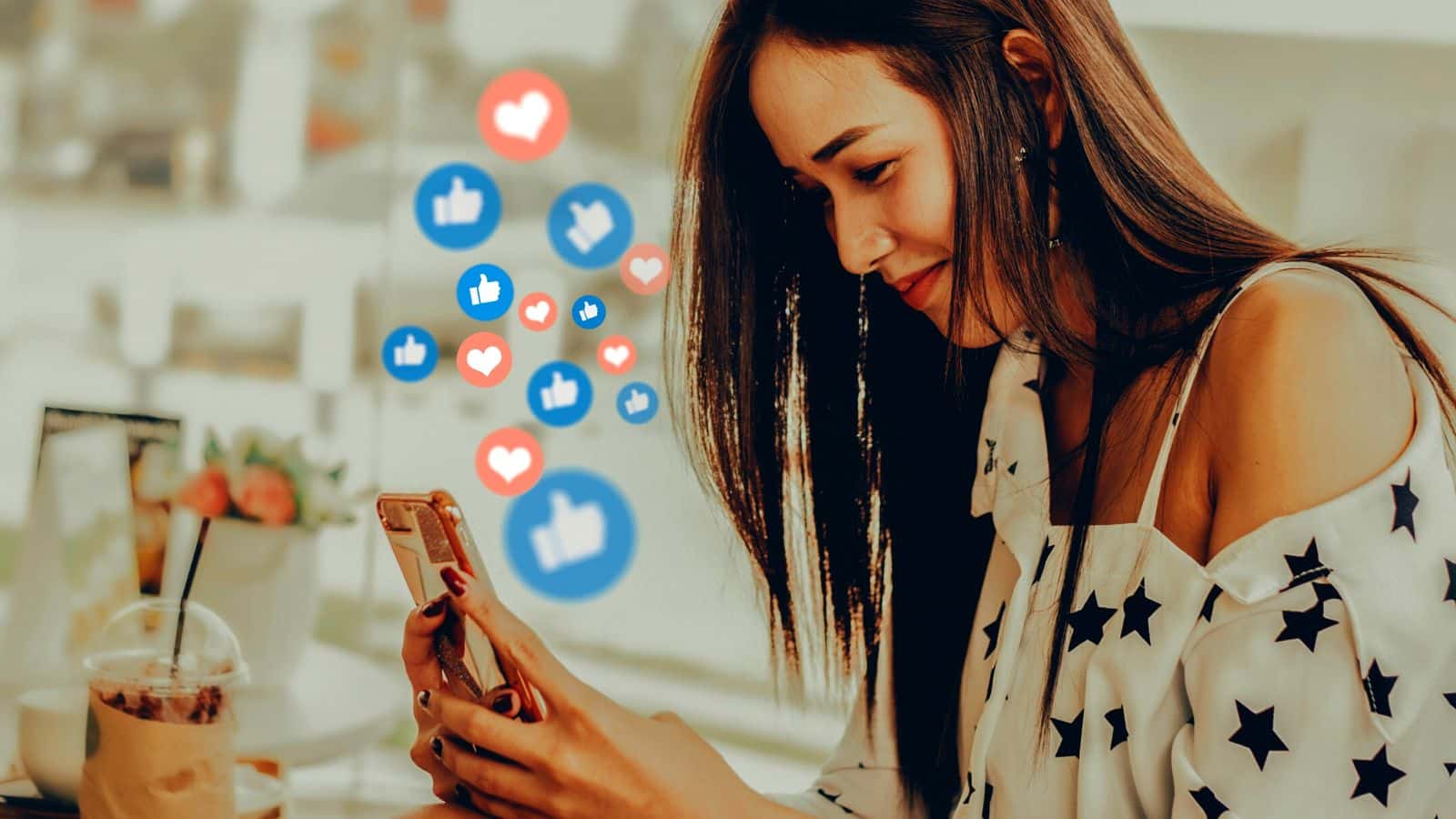 Twitter has been in the news continuously for the past several months. Elon Musk acquired the social media company for approximately $44 billion, taking it private in a transaction surrounded by drama and intrigue. The media covered the takeover and subsequent court cases with great fervor.

Underneath the theatrics, Twitter has been striving to create a profit for its shareholders by leveraging its 206 million active daily users. But how does Twitter make money, considering it’s free to use?

The answer is primarily advertising, like most social media companies.

Twitter is a social media company that was founded in 2006 by Jack Dorsey. He is also the founder of Block, (formerly known as Square). The company went public with an initial public offering (IPO) of stock in 2013. Since then, Twitter has grown rapidly. It is one of the most ubiquitous social media platforms thanks to the seamless connectivity it offers users.

A tweet is a short message posted to an account and viewed by the public. Initially, the character limit was 140. Twitter changed it to a maximum of 280 characters later. The tweets are distributed automatically to followers of your feed, which is continuously updated.

The platform is free to use, and thus it has snowballed. Reportedly, the platform has approximately 396.5 million users globally and 206 million daily active users. At least 500 million tweets are sent daily. Most people use it to scour news or entertainment content.

Many entrepreneurs, celebrities, and politicians use Twitter to make announcements and build significant followings. For instance, President Barack Obama has the most followers, with approximately 133.3 million, making him the most account on Twitter.

Related: How To Make Money on YouTube – A Detailed Guide

Despite Twitter’s large user base, it has struggled to make money consistently over the years. The firm makes money primarily in two ways: advertising and data licensing. The large base lets businesses send advertising tweets to users.

Twitter’s revenue was around $5.08 billion in 2021. That is more than double its 2017 revenue of approximately $2.44 billion. With growth like that, one expects Twitter to be profitable. But operating costs and expenses have risen just as fast and included hefty litigation charges of $765.7 million in 2021, leading to a net loss of around $221 million.

The primary way Twitter makes money is through advertising. In 2021, advertising comprised about 89% of the firm’s revenue at about $4.5 billion. Advertising revenue growth is double-digit and increased 41% from 2020 to 2021.

The company’s proprietary algorithms create targeted ads. Advertising formats include Promoted Ads, Twitter Amplify, Follower Ads, and Twitter Takeover. Ads are always tagged as promoted in a user’s feed. Before Elon Musk purchased Twitter, the cost varied depending on the type of advertisement.

Promoted Ads are regular tweets that advertisers buy to place their product or service in a large group of user feeds. The cost can be up to $200,000 daily for the most popular Twitter topics. The price is determined through an auction and is based on pay for performance or pay for the impression.

Trend Takeovers place ads adjacent to a trending topic to obtain a view of the most current and popular topics.

Advertising is tailored to users. The algorithm ensures the ads get placed in the correct feeds based on times, search results, profile pages, and tweets. As a result, advertisers can target users based on different criteria and grow their audience. They can also pay for ads to appear at the top of the trending topics list timeline.

The remaining 11% of Twitter’s revenue is from data licensing and services, which is the second way it makes money. In 2021, revenue from this segment was about $571.8 million. This revenue grew more slowly but at a respectable 12.3% between 2020 and 2021.

This revenue stream comes from subscriptions to other businesses and software developers. The data provides them with historical and real-time user trends and demographics.

In this segment, Twitter makes money by selling user fees for MoPub, its mobile ad exchange. Users buy and sell advertising inventory, and MoPub matches buyers with sellers. However, Twitter sold this business for roughly $1.1 billion in cash at the start of 2022.

The Twitter Blue service has been widely discussed in the news because Elon Musk wants to charge $7.99 per month for verification services. Only legitimate accounts that pay will receive the blue checkmark. Before, they gave checkmarks to the accounts of well-known people. If this move is successful, it could represent a new and untapped revenue source for the company.

One reason Twitter struggles to make money is that the company competes with much larger companies for ad dollars. For example, Facebook is much larger. Its parent company, Meta Platforms (META), had nearly $118 billion in revenue in 2021, many times that of Twitter. Similarly, the parent of Google and YouTube, Alphabet (GOOG, GOOGL), had almost $258 billion in revenue.

In addition, other social media companies, including Instagram, Snapchat, TikTok, and Pinterest, are vying for ad dollars. Snapchat, owned by Snap (SNAP), was founded later than Twitter and is growing faster, reaching just over $4.1 billion in revenue in 2021. Pinterest (PINS) is also growing revenue faster than Twitter.

Also, companies like Amazon.com (AMZN) and Microsoft (MSFT) are more significant players in regular online ad revenue, albeit not in social media. However, LinkedIn, owned by Microsoft, is a multi-billion-dollar business in the social media market.

The bottom line is that the field of competitors is crowded, and Twitter is a relatively minor player, making it challenging to grow revenue consistently and maintain profitability. Moreover, newer entrants are growing faster.

The Business Model Is Stagnant

Twitter struggles to make money because the business model is relatively stagnant. The company has focused on advertising sales as its core source of revenue. Initially, the firm increased its user base quickly, but as more competition entered the social media space, sustaining that growth got harder.

Related: With the Popularity of Subscription Business Models, Should You Be Starting Your Own Online Business?

Besides Twitter’s challenges in making money, it has recently experienced controversy. Elon Musk offered to buy the firm on April 25, 2022, for $54.20 per share or $44 billion. Seemingly, he changed his mind, but after many months and a court case, the transaction closed. The deal was completed at the end of October 2022, taking the company private.

Only some people could buy Twitter on their own. But Elon Musk is the wealthiest person in the world, making a fortune primarily through his ownership of Tesla stock.

Musk is making rapid and seemingly hectic changes to Twitter. He had reduced the headcount to less than half of the number before his acquisition and fired top management. In addition, he has set up a content moderation council, made changes to the homepage, and is pursuing a reboot of Vine. One consequence of Elon Musk’s purchase and rapid changes is that some advertisers are sitting on the sidelines.

Twitter remains a popular social media platform, yet some people are decamping for competitors, like Mastodon, an Open Source network where you don’t post tweets but “toots.” The alternate service claims it had gained one million new users since October 27, when Musk took over.

Twitter will probably change in the future, but it continues to make money the way it always has via advertising and data licensing. Advertising will always remain important, but Twitter is exploring pay-per-view capabilities where users post videos behind a paywall.

Other possible options to make money in the future include allowing users to sell products. A subscription-based model with tiered pricing is another way Twitter could make money. However, competitors like Facebook are free, representing a barrier to significant changes.

This article originally appeared on Wealth of Geeks. 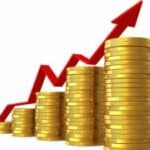 Dividend Power is a self-taught investor and blogger on dividend growth stocks and financial independence. Some of his writings can be found on Seeking Alpha, TalkMarkets, ValueWalk, The Money Show, Forbes, Yahoo Finance, and leading financial blogs. He also works as a part-time freelance equity analyst with a leading newsletter on dividend stocks. He was recently in the top 4% out of over 8,058 financial bloggers as tracked by TipRanks (an independent analyst tracking site) for his articles on Seeking Alpha.