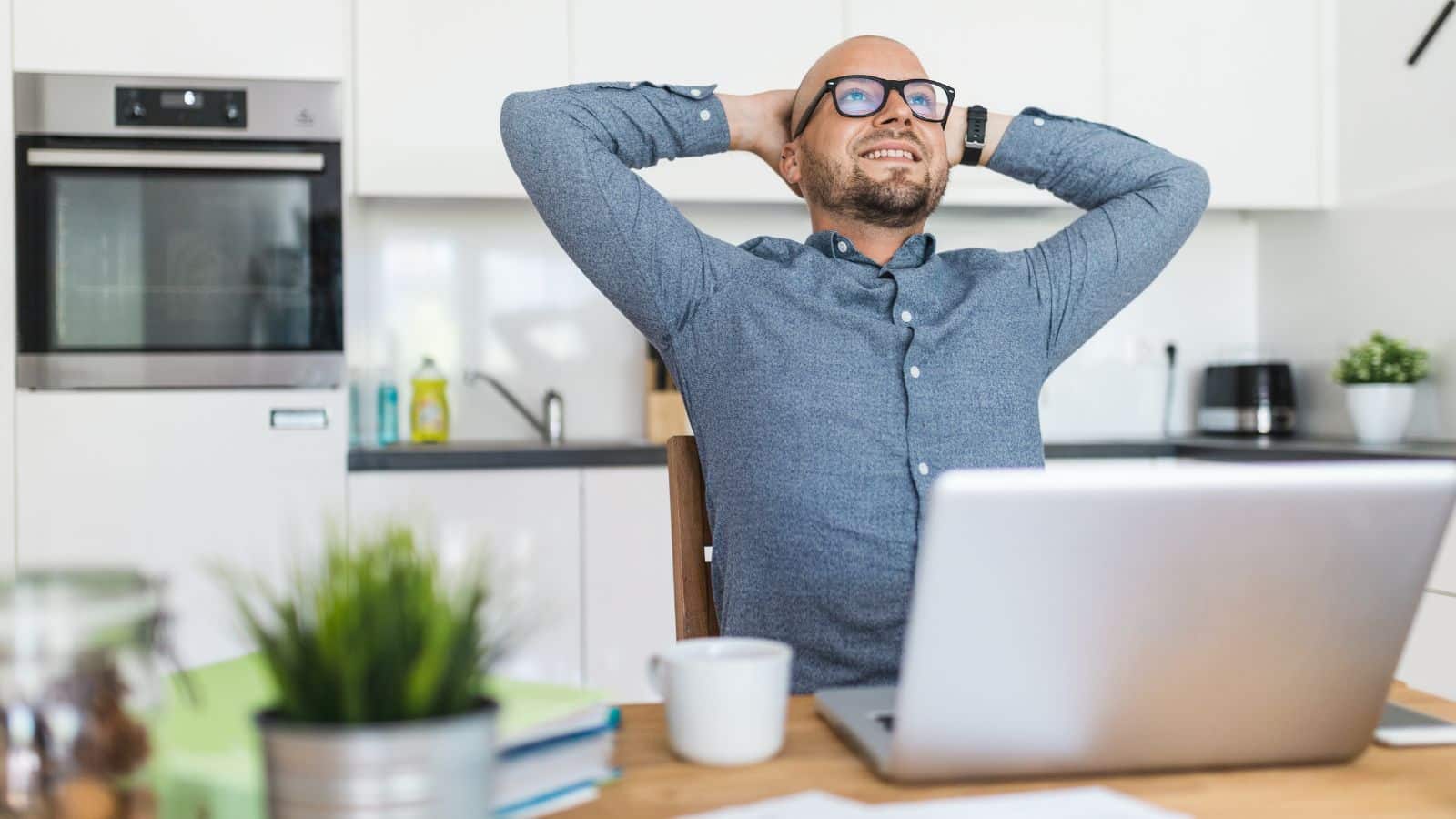 Millions of Americans work full-time to ensure they pay their bills and keep a roof over their heads. And many of those millions would love to work fewer hours without sacrificing their pay.

It’s a matter of working smarter, not harder. Take it from someone who owns an e-commerce website and has accomplished precisely that.

Pay the Bills by Working 5 Hours per Week

Eric Ferguson, who owns an online car parts business, Andy’s Auto Sport, says he works five hours per week to manage the company and has earned a full-time salary.

He’s 44 years old and still far from the average retirement age of 61.

Ferguson has owned the business for years and used to work full-time. In 2018, his perspective on the company and his work shifted. He decided he could let other people perform the business’s core functions in exchange for more freedom with his time.

Since that transition, Ferguson only works on the highest-level tasks, such as reviewing the company’s operational reports and having staff check-ins.

His five-hour work week is well below that of most American workers. According to Statista, the average American works approximately 34 hours per week.

The business has remained profitable enough that he has continued taking a full-time salary despite working fewer hours.

Related: Stop Ignoring Hard Work if You Want to Succeed!

When asked what he does with the extra time, Ferguson said, “I have the freedom to pursue whatever I want. I spend more time with my family. I sometimes take big bike rides in the mountains near my home. Being entrepreneurial is also like a hobby to me, so I still explore business ideas for fun.”

He says it was hard to get used to the free time at first. “I’d take a bike ride on a Tuesday in the middle of the day and feel guilty about it. Since childhood, I have oriented myself toward working relentlessly. It took a while for me to be at peace with not always going pedal to the metal with work.”

Ferguson says he recognizes how fortunate he is to be in this situation and is very grateful. “I feel like I can do what I want in life while still earning income to support my family. I couldn’t ask for anything more.”

How He Pulled It Off

Ferguson pointed out a few items when asked what the keys were to accomplish this lifestyle.

Choose a Business Model That Gives You Flexibility

Ferguson says his company’s business model is a crucial ingredient to being able to live a lifestyle like this.

For one, it’s an online business that lends itself to working remotely. Ferguson doesn’t have any commute time and can put in hours whenever he sees fit.

He says, “Working from home to manage an online business is great from an efficiency standpoint. If I get the urge to work, I just do it. I can do 15 minutes of highly productive work any time I want, rather than forcing myself to work in a specific time slot when I may not be ready to be productive.”

His car parts business also uses a drop-ship business model, meaning they do not warehouse any of the products they sell. They work with suppliers to fill customer orders, and his company never sees the products. He can save time managing physical inventory.

Related: No Experience? Here Are 11 Work From Home Jobs You Can Start Today

Do a Whole Lot of Search Engine Optimization

He spent a lot of time trying to get his website near the top of Google’s search results. He focused on terms related to the types of car parts his company sells.

He said, “A lot of the SEO work I did early on is still paying dividends to this day.” He made SEO a focal point of his work effort for years, a primary reason for his company’s overall success and its ability to continue generating income despite his reduced involvement in the business.

Before switching to five-hour work weeks, Ferguson spent a lot of hours at work regularly.  He often worked all night, putting in 60 hours a week in his company’s early years.

In other words, no one just handed him a five-hour workweek. He had to earn it. The extra hours he put in earlier in life translated to fewer hours later.

For many, that tradeoff may not be worth it. For Ferguson, it’s a tradeoff he’s very thankful he made.

It’s possible to earn a full-time salary by working just five hours per week. As Eric Ferguson proves, you can succeed with a suitable business model and focused effort.