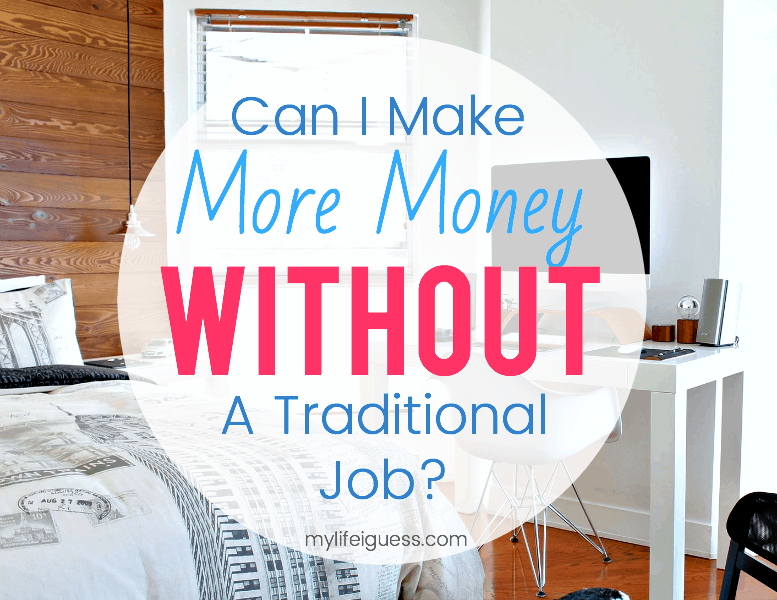 I knew this when it took me over 9 months to find a new job after deciding it was time to quit my dead-end theatre job back in 2013. And then again when I was laid off (and then not rehired) at the college, and reluctantly accepted a survival job 7 months later. Why did I expect it to be any easier my third time around?

Or I guess the better question would be why have I not been focusing my efforts elsewhere?

I don’t mean moving to another city – at least not yet. We have talked about possibly moving in the future, but it would have to be the right thing for both of us, which it isn’t at the moment.

What I do mean is why am I wasting so much time and effort trying to get a traditional “9 to 5” job when there are almost no opportunities for me here, and when so many millennials are running away from that?

Over the last few years since I joined this little PF/lifestyle blogging community, I’ve watched so many of my online friends and acquaintances quit their day jobs to work for themselves instead. And I can’t think of a single one that hasn’t found success.

So why am I still hanging on to the notion that I need to work for someone else in order to be happy, or be successful, or have a career? Why can’t I too make more money without a traditional job?

Right now, for me making more money really means making any money! Because I’m unemployed and currently make almost nothing…

Even when I was (under)employed at the daycare, I was lucky to net $1000 a month. So by either standard, the bar for what “more” means to me is set pretty low.

My goal is to do even better.

The first step, however, means I need to at least get back to where I left off. So, rather than set myself up for failure, my starting goal is to earn $1000 a month again. It’s a nice, round number that’s small but realistic, and enough to alleviate some of the financial stress.

Although, I can’t forget about taxes! While some non-traditional jobs will withhold the proper taxes, issue pay-stubs, and follow the CRA or IRS guidelines, most non-traditional jobs or sources of income won’t. Therefore, I’m likely going to have to tax myself to the tune of 30%, otherwise, I might be in big trouble.

Somehow, despite putting very little effort into it, I’ve made some money from this blog, freelance writing, and related online activities (taking surveys, affiliate income, etc.). But by that I mean I’ve made about $250 so far this year – which is what I need to start making each week, not every 7 months.

But what if I actually give this thing a real shot?

If I can make $250 doing almost nothing, surely I can make more if I actually try!

I’d much rather commit to spending 40 hours a week becoming self-employed, than obsessively (and rather pointlessly) checking the job boards 6 times a day. I would still keep an eye out for those rare opportunities of course, but I would no longer be wasting my time and effort applying for low-paying jobs that I don’t even want. (And subsequently feeling even more pathetic when I don’t even get a chance to interview for them.)

I know that becoming self-employed will have its challenges, but I’m already exploring a variety of options (including freelance writing, virtual assisting, babysitting, etc.) and have a few things in the works.

It’s undeniable that what I’m doing now is not working. I can’t sit around and wait for a job to magically appear, because it’s already been well over a year and I’m really starting to doubt it will ever come.

I can’t afford to wait anymore.

YOUR TURN: Do you still have a traditional “9 to 5” type of job?

If you’re making money outside of your traditional job, what would it take for you to take the plunge into full-time self-employment instead?

32 thoughts on “Can I Make More Money Without a Traditional Job?”

This website uses cookies to improve your experience while you navigate through the website. Out of these, the cookies that are categorized as necessary are stored on your browser as they are essential for the working of basic functionalities of the website. We also use third-party cookies that help us analyze and understand how you use this website. These cookies will be stored in your browser only with your consent. You also have the option to opt-out of these cookies. But opting out of some of these cookies may affect your browsing experience.
Necessary Always Enabled
Necessary cookies are absolutely essential for the website to function properly. This category only includes cookies that ensures basic functionalities and security features of the website. These cookies do not store any personal information.
Non-necessary
Any cookies that may not be particularly necessary for the website to function and is used specifically to collect user personal data via analytics, ads, other embedded contents are termed as non-necessary cookies. It is mandatory to procure user consent prior to running these cookies on your website.
SAVE & ACCEPT
1 shares