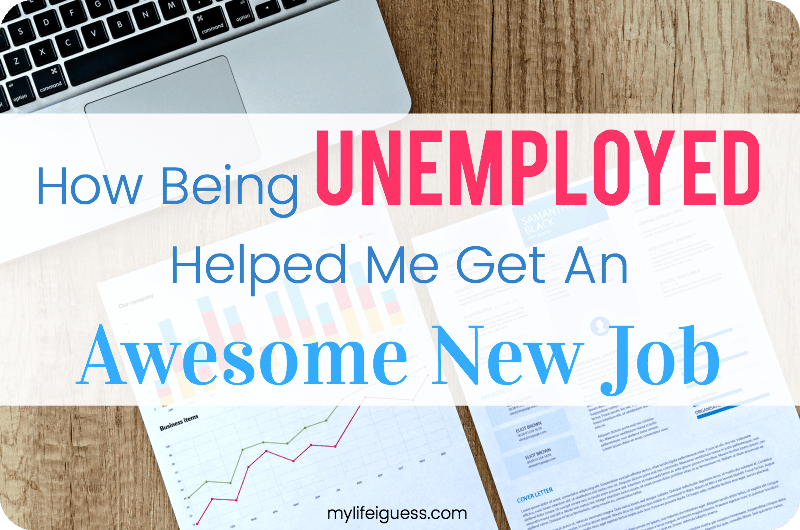 Like many students, I went to university not knowing what I wanted to be when I grew up.

I changed my major after first-year from English to Theatre, signed up for a minor in Computer Science, and then completed a post-degree diploma in Arts and Non-Profit Management. I also had an awesome part-time job on campus teaching study skill workshops to my peers and mentoring at-risk students.

My final year of school fell right in the middle of the recession. My teachers encouraged us from day one to start looking for a job. Partially because our program included 2 internship placements, but mostly because we were going after jobs in the highly competitive arts industry.

After my first placement, I finally figured out what it was I wanted to do. I wanted to merge my education with my work experience and be an Arts Educator.

Before I had even graduated from the program, I somehow landed my “dream job”.

I thought I was one of the lucky ones. While my friends and classmates were forced to accept minimum wage or entry-level jobs outside of their fields, I was managing the education department at a performing arts theatre.

But the dream didn’t last.

I quickly found myself working 60+ hours a week and still struggling to make ends meet (thanks to being a salaried employee at a non-profit organization). I spent more time doing “other duties as assigned”, and less time on my actual job duties.

My managers grew increasingly more abusive, to the point where it got physical with one of my coworkers. People understandably quit left and right.

I spent a year trying to find a new job – but got nowhere. Ultimately, I was so burnt out and desperate to get out of that situation, I went on stress leave.

While on stress leave, I upped my job search even more. I started applying for anything and everything that I remotely qualified for. I knew it was risky leaving a permanent full-time role, but my mental health and general well-being needed to be a priority. There was no way I was going back.

So when I was offered a contract position working as a college academic advisor, I obviously jumped at the chance. I had loved working with students before and was excited to get back into it. And the position paid almost $800/month more than I was making working two jobs!

I was told again and again that my contract would be renewed. But it wasn’t. The funding for the program came in too late. Instead of being laid off for the summer, I was laid off. Period.

Once again, I found myself looking for a new job.

For the 2.5 years that followed, I got by working a combination of part-time, minimum wage (or just slightly above) jobs. Instead of students being my clients, they were my coworkers. And on numerous occasions, I found myself competing with them for jobs.

I felt more and more like a failure with each unsuccessful job application or interview.

The financial stress of having my income cut by more than half (on a good month) didn’t help.

Eventually, I was offered a full-time position. It was not at all in my industry or related to my education, but it was a full-time job with benefits and a pension.

Shortly after I had started, my new manager (who was awesome!) encouraged me to apply to another role in the organization that we both thought I was better suited for. So I did, and I was offered the internal promotion.

Both roles were super interesting and taught me more than I ever could have imagined. But it was a very stressful and sometimes dangerous industry to work for. So I continued to look for other jobs.

When I found one that would compliment my skill set and give me the opportunity to learn more about accounts management, I once again took a chance, thinking it was the right thing to do.

Long story short – it was not. It turned out to be a really bad fit.

Only a few months later, I was again unemployed, looking for yet another new job and surviving off of employment insurance.

I’ve spent the last 10 years looking for a job

I started looking for my first “career” job in 2008. Meaning I’ve spent a decade looking for a job.

Unfortunately, that seems to be the reality for a lot of other millennials, too.

But I never thought that being unemployed, under-employed, and constantly looking at job boards would actually benefit me.

How, you ask? Let me explain.

Working While On Claim

Did you know that in Canada, you can work while you are collecting employment insurance benefits?

There are, of course, stipulations and individual calculations involved. But it basically works out so that you keep all the money you earned from working, and then keep 50 cents of your E.I. benefit per dollar earned (up to a certain amount).

In other words, working part-time while on a claim actually works to your advantage.

Since I am currently on an E.I. claim, this opened up a lot of new opportunities for me that I probably wouldn’t have considered, otherwise.

I could apply for short-term contracts and jobs with part-time and casual hours without the risk of leaving another permanent, full-time role.

Including an 8-month casual contract for a job I’d be perfect for.

I was already a little hesitant about applying for another contract position as it was, and wasn’t sure how many hours “casual” would entail.

But I had nothing to lose.

And working with this organization could open-up a lot of promising opportunities for me.

This was my chance.

So I applied. I interviewed. And was offered the job.

And less than 2 weeks after starting as a casual employee, I accepted a temporary full-time contract!

Something that I would have missed out on, had I not been unemployed and taking advantage of the working while on claim project.

After all this time, being unemployed actually worked to my advantage.

Little did I know how valuable spending all that time looking for work would be. It never dawned on me that the process of applying for jobs was actually giving me the skills and experience I’d need to qualify for a job.

I now work at an employment centre. My job is to help other people find jobs.

How perfect is that?!

I get paid to look at job boards, to edit resumes, and to give other unemployed and under-employed people the same advice and encouragement that I was just getting myself.

All things that I have happily done (and would continue to do) for free.

I come home from work every day happy. I feel useful and appreciated and like I am actually making a difference.

And it’s been life-changing.

I know that being on a contract (especially a temporary one) could mean I’ll be unemployed and looking for a job again sooner than I’d like. So I’m taking advantage of the resources and training I have available to me now. Just in case I find myself a client of the employment center instead of a member of its staff.

YOUR TURN: What’s the best job you’ve ever had?