Huge numbers of our peers are living on less than average. That’s just the way statistics work – half of anything occurs below the mean. As a macro comparison, this article contrasts average cost-of-living data against average wages. We’ll take a look at representative budgets from the lower-income deciles in a couple of different North American cities.

The Data of Living on Less

The data I use in this article is all crowd-sourced and aggregated by Numbeo. It’s a great site that was designed to answer questions like, “If I moved from Alberta to Arizona, how much of a salary increase would I need to justify the cost of living difference?”

The cost of living data that people submit to Numbeo allows the site to give each city and country an index score. These scores make comparisons easier. New York City is always given a score of 100, and all other locations’ scores are relative to that. So Toronto’s score of 78.5 would suggest that Toronto is about ~22.5% cheaper than New York City.

But at the 25th percentile, a family of four in Toronto has a household income of $4000 per month. Once taxes are whisked away, they net about $3200 CD per month. It doesn’t take a mathematician to realize that spending ~$7000 per month is an untenable circumstance if income is only ~$3200 per month.

It’s as stark a difference as you’re likely to see, and is mimicked in places like New York City and San Francisco. Simply put, the lower ends of the income spectrum in these cities are not even close to affording the average cost-of-living lifestyle. Huge swaths of the population are simply priced out of living close to where they work, even if they are living on less.

So, what’s a lower income – or even average income – Torontonian to do? The easiest knob to turn is to move out of the city. For example, the suburbs of Vaughan and Brampton have some significant discounts. The same lifestyle that might cost ~$7000 in Toronto proper would cost ~$5500 in Brampton.

What our Torontonian Loses Out on…

Fleeing to the suburbs is simply a financial necessity for many. And even then, our Torontonian has to make some hard choices. One of the first that comes to mind is a trade of time vs. money. They can choose to save costs by moving even further away from the city centre, but at the cost of commuting time.

Living on less also means cutting costs from all categories of the budget. Dining out is almost a non-starter. So are $8 pints at the pub or tickets to the Raptors’ NBA games. It means that normal people can hardly afford any leisure in their lives. Or if they can afford it, they might not have time to enjoy it.

Giant, expensive urban centers are now becoming places where only those earning significantly above average can afford to live. There’s a concentration of growing inequality and a shrinking middle class. Of course, money isn’t everything. I fully subscribe to the idea of the fulfillment curve. But up to a point, sufficient money is an absolute necessity.

Suggested Article: I Hate Where I Live! What To Do When You Can’t Move

While Buffalo is just on the other side of Lake Ontario from Toronto, it’s a significantly different city.

From a 30,000-foot view, Toronto is a white-collar city, dominated by one of the largest financial services industries in the world. Buffalo, on the other hand, is a blue-collar manufacturing city that is still regaining its footing following decades of globalization – and the associated American industrial exodus. Toronto has doubled in size since 1980. Buffalo has decreased in size by 30% in that period.

We can make some conclusions from that macro view. There’s a high demand from people wanting to live in Toronto. The laws of supply and demand dictate that high demand pushes prices up. Buffalo is the opposite. As demand for the Buffalo lifestyle decreases, so should prices.

Of course, I’d like to think that the demand for folding tables at Buffalo Bills tailgates would buoy the city’s economy. But I fear that’s a pipe dream much like the Bills finally winning that elusive Super Bowl.

Let’s get to some hard data.

Living on Less in Buffalo

The average cost-of-living for a family of four in Buffalo is about $3100 per month, not including rent. After the exchange rate, that’s only about 10% less than Toronto. However, the significant difference comes when we consider rent.

A three-bedroom rental in Buffalo comes in at $1100 per month. If you recall, that same type of rental in Toronto is a whopping $1850 per month.

In Buffalo, rent (or other real estate) prices drop significantly outside of the city center. There are suburbs within 20 miles of Buffalo where a 1500 square foot house can easily be rented for less than $1000 per month. That same kind of rental within 20 miles of Toronto would likely cost at least $2500 CAD.

In that way, living on less in Buffalo is a reasonable possibility. One doesn’t have to exile themselves to some far-away town or sentence themselves to hours of daily traffic congestion (which is prevalent in Toronto).

Instead, perhaps the biggest trade is answering the question, “Do you want to live in Buffalo?” And I don’t mean that in a bad way! I live and write the Best Interest from Rochester – just 50 miles east of Buffalo. Rochester is a recovering manufacturing city, too.

Unlike Toronto, neither Buffalo nor Rochester can call itself a rich international cultural center. They’re both a bit less worldly and more local. The fact is that Toronto is so expensive (in part) because more people want to live there. Fewer people want to live in Buffalo, and that’s why Buffalo is a place where living on less is more possible.

You might have picked up on some political undertones up to this point, but now I’ll be overt. Our society is creating areas where we demand low-income work but simultaneously fail to provide low-income standards of living.

In some areas – like my example of Buffalo, NY – there are reasonable options for someone living on less. But many large urban centers (no offense, Toronto) have become places where keeping one’s head above water is a struggle, let alone making personal finance progress.

The usual advice “just spend less money!” only goes so far. And I’m not sure I know what the right economic or legislative answer might be. But I do have an understanding of the struggle and frustration suffered by the millions of people who are living on less. 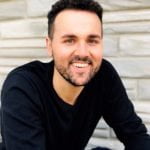 I’m Jesse. I’m an engineer, a new owner of an old home, and an avid reader/writer. If you’d like to comment, ask a question, or simply say hi, leave me a message on Twitter (@BestInterest_JC) or on Reddit (u/BestInterestDotBlog). Many of my posts have been directly influenced by my readers. It’s the most fun part of writing this blog. And as always, thanks for reading!