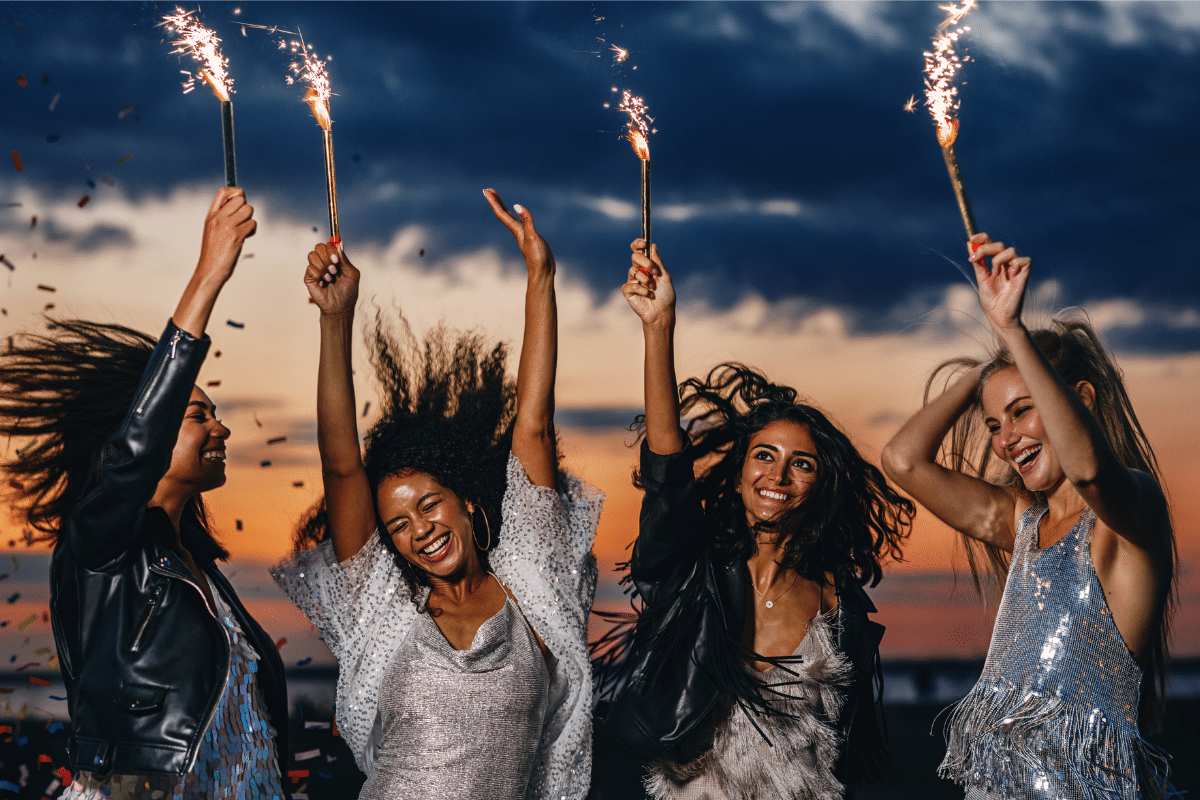 Who runs the world? Girls! So, it’s no surprise that many of them have made a fortune in various industries, finding their place among the wealthiest people in the world. Here are 2022’s top 15 richest women in the world.

These female billionaires are among the wealthiest individuals on our planet. Let’s get inspired and motivated as we read the life journeys of these powerful women in our society!

The Richest Women In The World

Here is the list of the 15 wealthiest women in the world. While some inherited their fortunes, they reached this spot because of their knowledge, experience, and achievements.

Francoise Bettencourt Meyers is currently the richest woman globally, with a net worth of $77.8 billion. She inherited her fortune from her mother, Liliane Bettencourt, heiress to the L’Oreal fortune. Liliane was one of the richest women in the world, and Francoise has continued her legacy by becoming the next cosmetics queen.

The Bettencourt Meyers family owns 33% of L’Oreal, making them the largest shareholders in the company. Francoise is also a significant shareholder in Nestle, and she has a stake in Dassault Aviation. In addition, she is a prominent philanthropist, and she has donated billions of dollars to various causes.

Alice Walton is an American businesswoman and philanthropist. She is the daughter of Sam Walton, founder of Walmart. Her brother, Samuel Robson “Rob” Walton, has been chairman since 1988 and CEO since 1992. Her other brother James “Bud” Walton, died in 2005.

Alice’s net worth was estimated at $64.3 billion as of 2022, making her the second amongst the richest women in the world.

Walton is the chairwoman of Crystal Bridges Museum of American Art in Bentonville, Arkansas, which her father helped to found. The museum’s collection includes Asher B. Durand, Thomas Eakins, Winslow Homer, and Edward Hopper. Walton also chairs the family’s philanthropic arm, the Walton Family Foundation, which has donated more than $2.5 billion to charity.

MacKenzie Scott, the ex-wife of Jeff Bezos, is number three on our list. On April 7, 1972, she was born in San Francisco, California. Scott is an American author, businessperson, and philanthropist who is also the founder and CEO of Bystander Revolution, a social media company that promotes online civility.

MacKenzie met Jeff Bezos while they were both students at Princeton University. They married in 1993 and had four children. MacKenzie resigned as a hedge fund manager when Jeff founded Amazon.com in 1994. MacKenzie has been credited with helping create the culture of customer obsession that is central to Amazon’s success.

Scott has a net worth of $62.7 billion and has earned her money through various business ventures and the divorce settlement with the Amazon giant Jeff Bezos. Scott is a well-known figure in the business world and has been featured in several publications, including Forbes Magazine and Entrepreneur.

Julia Koch is a businesswoman with an estimated net worth of $52.1 billion. She made her fortune in the oil and gas industry, founding her own company in 1980. The company grew bigger, and Koch soon became one of the richest women in America.

Today, she remains active in the business world, serving on the board of directors for several major companies. Her family business, Koch Industries, is amongst the most influential globally.

Koch is also a philanthropist, giving millions of dollars to charities and causes she believes in. In addition, she is a strong advocate for women’s rights and has funded many programs that help empower women worldwide. Koch is an interesting and inspiring woman, and her story is sure to inspire others to pursue their dreams.

Jacqueline Mars is the heiress to the Mars candy fortune. She and her brothers, Forrest Jr., and John, inherited the company from their father in 1999. Jacqueline has a net worth of $31.3 billion as of 2022, making her the fifth amongst the richest women in the world.

Jacqueline and her brothers have continued to grow the Mars candy company, making it one of the largest food companies in the world.

The Mars candy company produces some of the most popular candy bars globally, including Snickers, Milky Way, and 3 Musketeers. The company has also expanded into pet food, with brands such as Pedigree and Whiskas.

Gina Rinehart is an Australian businesswoman who inherited her families’ mining company and has since expanded it into a major player in the industry. Her net worth is estimated at $31 billion.

Rinehart was born into a wealthy family. Her father was a prosperous mining magnate. Rinehart is known for her tough business tactics and unwillingness to compromise on her goals. She has been involved in numerous lawsuits, most notably a long-running battle with her children over control of the family fortune.

Rinehart is also known for her charitable work despite her reputation as a ruthless businesswoman. She has made significant donations to cancer research and other causes.

Miriam Adelson is a billionaire businesswoman and wife of Sheldon Adelson, the founder, chairman, and chief executive officer of Las Vegas Sands Corporation. She has played a significant role in developing and growing her husband’s business interests.

Miriam was born in Tel Aviv, Israel, in 1933. She attended a Hebrew high school and then a teachers’ college. In 1957, she met Sheldon Adelson. They married and relocated to Las Vegas, where Sheldon founded a computer trade show.

She is also involved in many philanthropic endeavors through the Adelson Foundation. Her net worth is estimated at $28.5 billion, making her the seventh wealthiest person on this list.

Susanne Klatten is a businesswoman and the richest woman in Germany. Klatten owns 50% of BMW and has significant pharmaceuticals, energy production, and real estate holdings.

Born into a wealthy family, Klatten inherited her family’s fortune after her parents died. Despite that, she is a self-made billionaire with her astute business skills, turning her into one of the most successful women in the world. Klatten’s net worth is estimated at $24.5 billion.

Iris Fontbona is a Chilean businesswoman and philanthropist. The third richest person in Chile and the second richest woman in Latin America, she has an estimated net worth of $22.1 billion.

Iris Fontbona made her money through her family’s copper mining company, Compania Minera Los Pelambres S.A., which her late husband Andres acquired in 1979. After he died in 2005, she took over as CEO and chairman.

In addition to her business ventures, Fontbona is also a noted philanthropist, having established the Iris Fontbona Foundation in 2006. A renowned art collector, her collection includes works by Pablo Picasso, Henri Matisse, and Marc Chagall.

Abigail Johnson is the CEO of Fidelity Investments, one of the world’s largest investment firms. With a net worth of $20.6 billion, she is one of the wealthiest people in the world.

Abigail inherited her wealth from her father, who founded Fidelity in 1946. Thanks to Abigail’s leadership, Fidelity has grown into a global powerhouse with over $2 trillion in assets under management (AUM). She has been instrumental in developing innovative investment products and services, which have made Fidelity one of the most successful investment firms in the world.

Yang Huiyan is the youngest billionaire in the world. At 21, she inherited Country Garden Holdings, the real estate company that her father Yang Guoqiang founded in 1995. The company has since become one of the largest property developers in China.

Yang Huiyan’s net worth is estimated at $19.9 billion, making her the wealthiest person in China.

Another Chinese woman on the billionaire’s list is Fan Hongwei. She is the CEO of Hengli Petrochemical Company, one of China’s largest petrochemical producers. Fan made her fortune through her company, which she founded in 1997, and since she has grown it into a massive conglomerate with over 20,000 employees.

Overall, Hongwei is an incredibly successful and influential businesswoman. Her net worth is estimated at $17.9 billion, making her one of the richest women in the country. She is also a prominent and committed philanthropist, having donated millions of dollars to charity. In 2017, she even pledged to donate $1 billion over the next ten years.

Wu Yajun has made her fortune in real estate. Hers is a rags-to-riches story: she started as a factory worker before founding Longfor Properties, one of China’s largest real estate development companies.

She was an intern for Shanghai Construction Engineering Group (SEG), where, in 1992, she got promoted to executive. Yajun left SEG in 1998 to start Longfor Properties, where she is now the CEO. Wu is recognized as one of her country’s most powerful businesswomen, with a net worth estimated at $15.4 billion.

Charlene de Carvalho-Heineken is a Dutch businesswoman who has been on the Forbes list of billionaires since 1987.

In 2010, she ranked as the wealthiest person in the Netherlands with a net worth of $6.5 billion. In 2011, she ceded her title as richest Dutch person to Marcel van Poecke but regained it. Now, with an estimated net worth of $15.2 billion, she is the richest woman in Europe and one of the wealthiest people in the world.

Zhong Huijuan made her money through various businesses, including real estate, pharmaceuticals, and energy. She was born in 1958 in Jiangsu Province, China, and started her own business in the early 1990s, quickly becoming one of the most successful entrepreneurs in China. Her estimated net worth is $8.4 billion.

Zhong Huijuan is also a prominent philanthropist, having donated millions of dollars to charity. She is the founder of the Zhong Huijuan Foundation, a charitable organization that focuses on improving the quality of life for rural residents in China.


To Sum Up – Richest Women In The World

You don’t need to be a man to own a billion-dollar company or be a successful tycoon. Gone are the days when men lorded over the world as the wealthiest gender. Women have now made their mark, increasingly included in today’s world billionaires’ circle.

Yet, these women’s accomplishments mean more than just the numbers or being included in a list of wealthy people. It shows that women can and do make their contribution to our society. Their victories also serve as an inspiration for other women to create their own success stories every day.

This list symbolizes the growth and capability of all women in the world. And that regardless of gender, anyone can make it big in the world today. 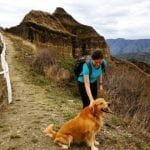