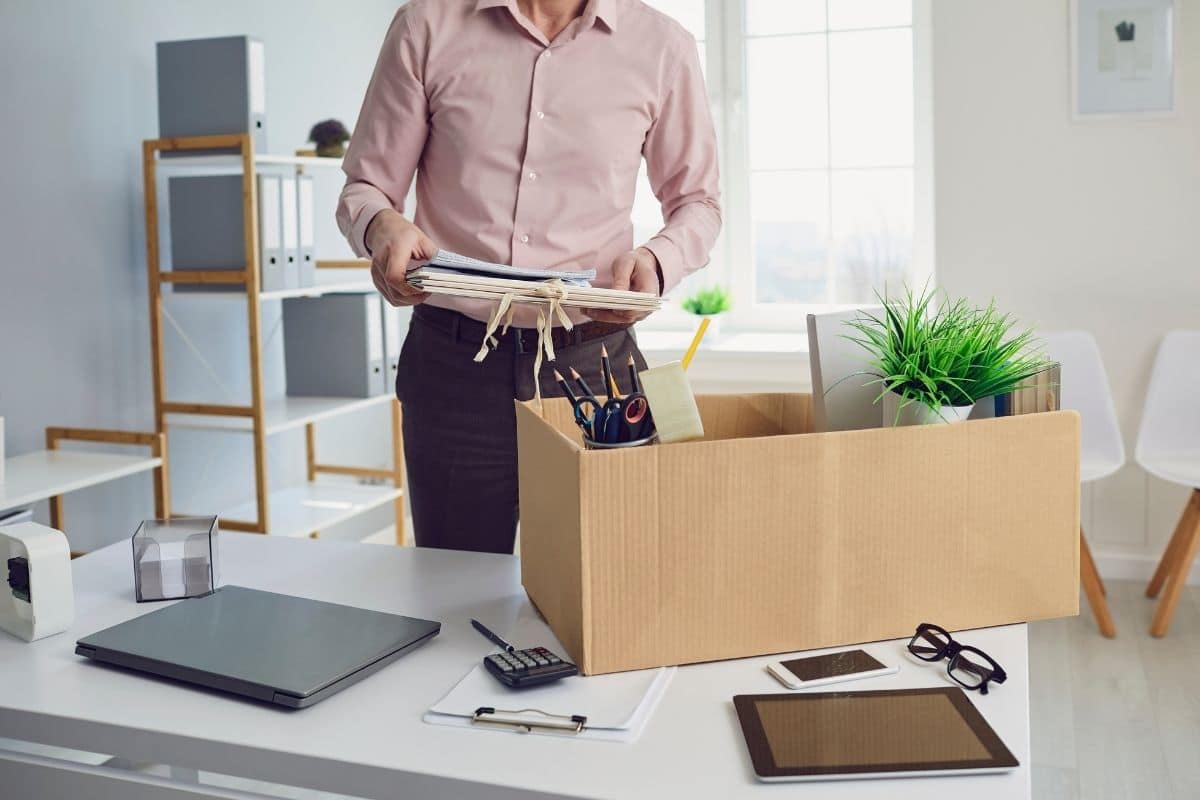 A perfect storm of new coronavirus variants like delta and omicron, inadequate workplace protections, indecent pay, and deep cultural shifts in the way Americans think about work have combined to prompt workers to leave their jobs in droves—referred to as the “Great Resignation.” Many workers are rethinking their jobs and pivoting to work that feels more meaningful or offers better benefits or pay.

This massive workers’ action of sorts has already created change on the part of businesses and companies now scrambling to attract people back to the workforce. Wages for low-income workers have seen their sharpest uptick since the 18-month-long Great Recession that started in 2007, and companies are starting to offer large signing bonuses and even free college tuition to their workers. Many of these shifts are unequivocal wins for workers’ rights, leaving many industries to question the sustainability models of low-wage work. 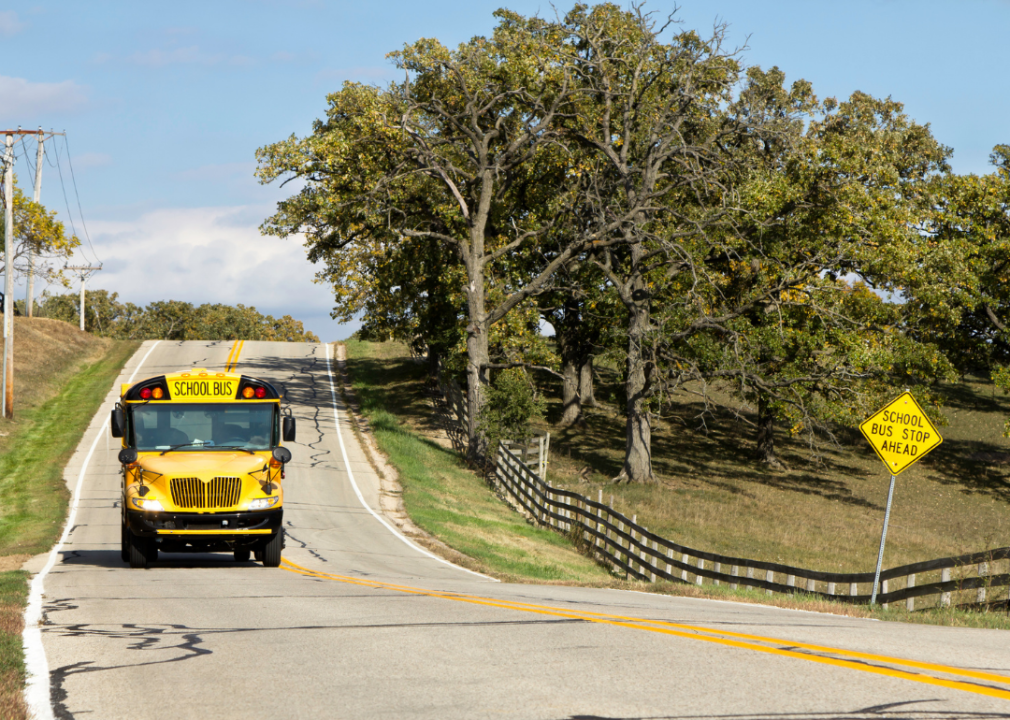 The Great Resignation has resulted in not only an educator shortage, but also general staffing issues in all departments of schools. A nationwide shortage of bus drivers, for instance, resulted in the recent announcement by the departments of Transportation and Education that states can waive a part of a commercial driver’s license requirement to encourage more applicants.

Teachers and other school personnel have been faced with unpredictable and sudden switches to remote learning, high risk of coronavirus exposure while teaching in person, and a lack of resources. These and other factors have made some educators question the sustainability of teaching long term. According to the National Education Association, 1 in 3 NEA teachers are considering leaving their careers early due to pandemic stressors. In response to staffing shortages, some schools are moving to online learning. 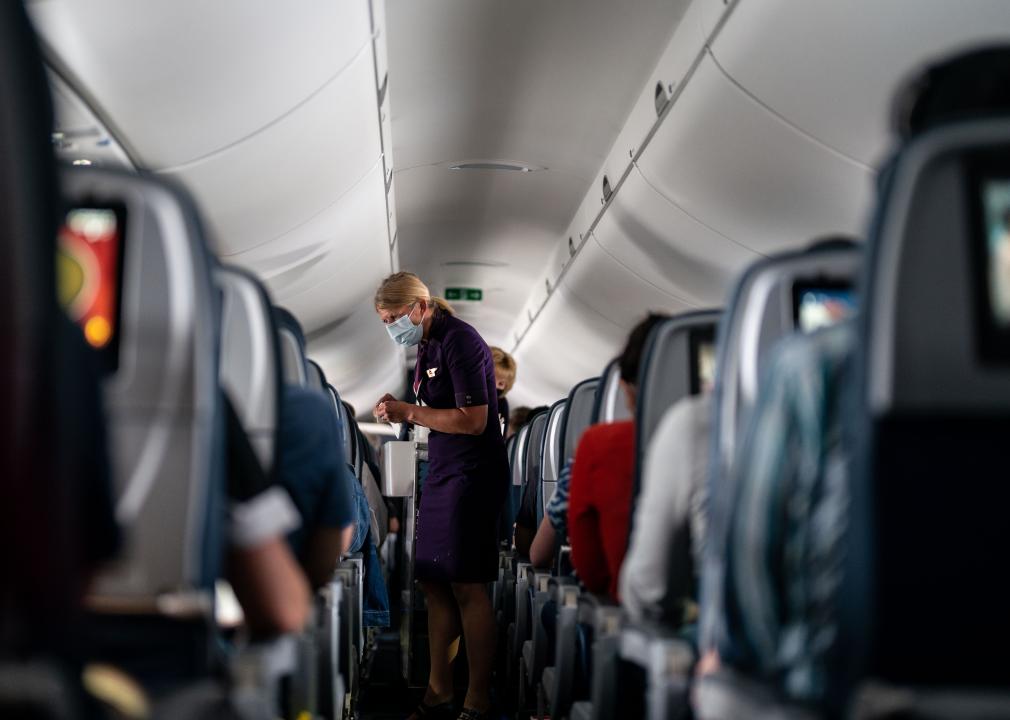 Within the first several months of the pandemic, roughly 400,000 airline workers were fired, informed they may soon be out of a job, or furloughed. While air travel has largely resumed, particularly during the 2021 holiday season, airlines have seen many workers not return to their jobs. The choice not to return to air travel work can be attributed to the increase of unruly and unkind behavior on the part of air travelers, the risk of coronavirus exposure, and a lack of hotel accommodations for pilots and flight attendants. The emergence of coronavirus variants like omicron have exacerbated operational issues for airlines, leading to frequent cancellations. 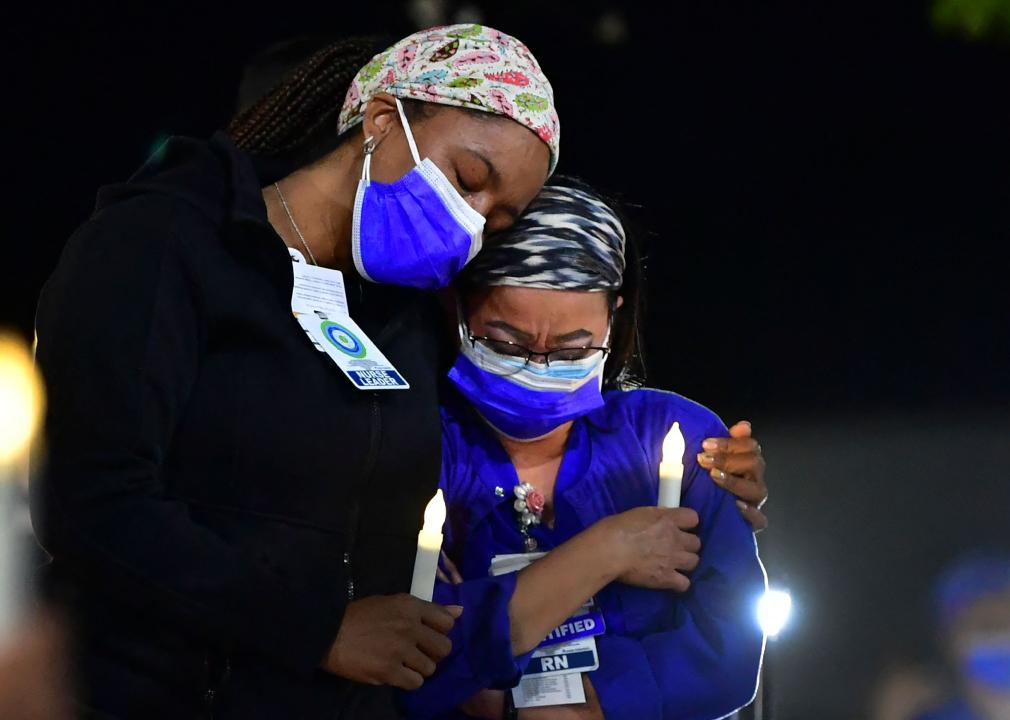 It goes without saying that health care workers have experienced unprecedented conditions since the start of the pandemic in 2020—conditions that show little sign of letting up anytime soon. In New York, COVID-19-related hospitalizations have already surpassed last winter’s peak. According to U.S. Surgeon General Vivek Murthy, omicron will reach its peak in February 2022.

Between very high risk of exposure to the coronavirus, long hours, poor access to life-saving personal protective equipment, and trauma resulting from exposure to mass death, it’s no wonder that health care workers are leaving the field in record-high numbers. The situation is severe enough that a bill intended to provide health care workers with training to address suicide, burnout, mental health conditions, and substance use disorders passed the House of Representatives in December 2021. 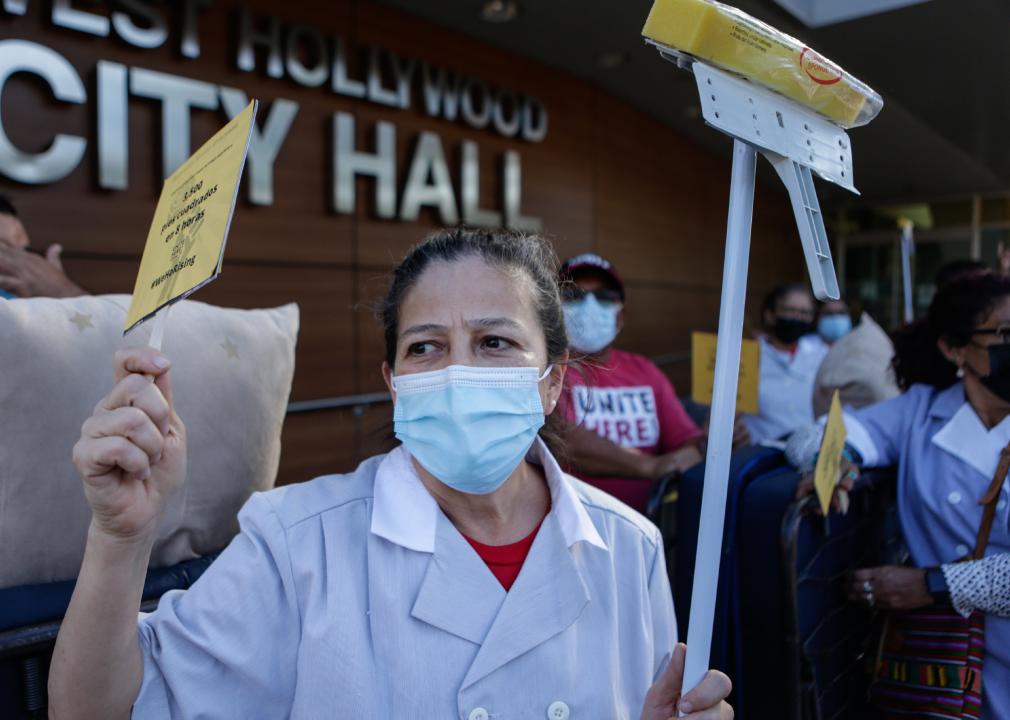 As the industry with the highest rate of resignation—more than double the national rate as of September 2021—hotels and accommodations workers are among the large proportion of low-wage, customer-facing workers quitting across industries. They’re also among the workers hardest hit by layoffs at the beginning of the pandemic. Due to understaffing, as well as the growing popularity of other accommodation services like Airbnb, many hotels have closed or cannot operate at full capacity.

While typically low-wage jobs in the accommodations industry have started to offer higher wages in an attempt to fill positions, fears of front-line work and insignificant change on the part of the industry appear to be dissuading former hospitality workers from returning to those roles. 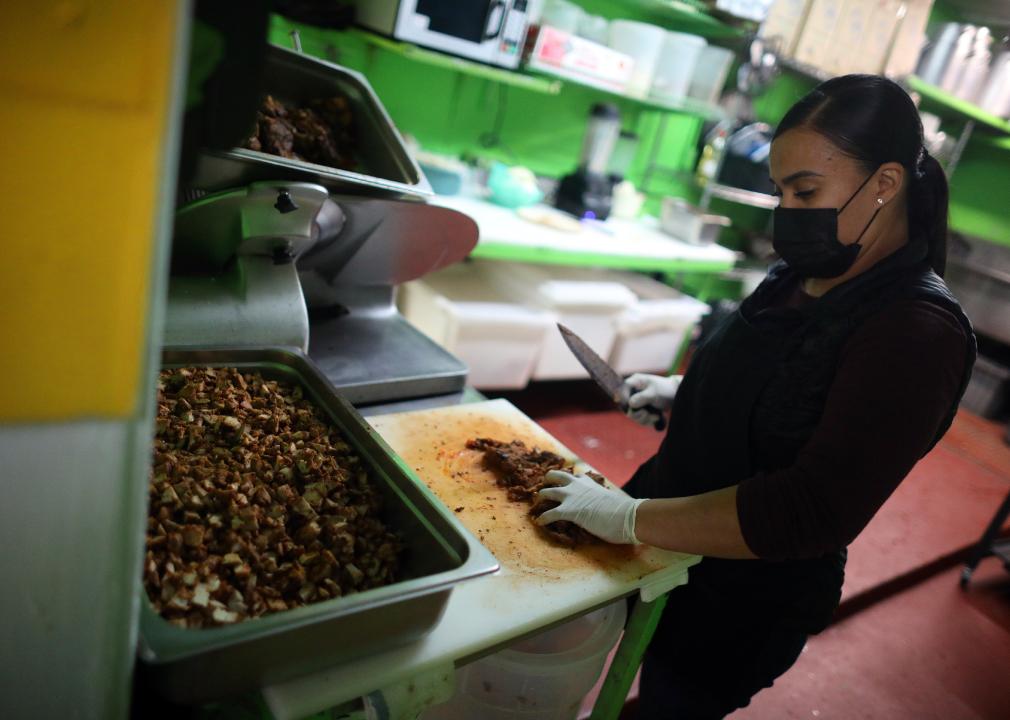 According to an October 2021 survey, hospitality workers who quit their jobs did so due to a combination of low pay, lack of benefits, long hours, and risk of coronavirus exposure. For restaurant workers, exposure to the coronavirus has been particularly devastating. A University of California, San Francisco, study from 2021 found that line cooks had the highest risk of mortality from the pandemic, increasing by a staggering 60% since the onset of the pandemic.

Many restaurant owners have been limiting their hours as workers fear COVID-19 risks and will not work for low wages, and other restaurants are closing their dining rooms and operating exclusively for takeout. Meanwhile, food service chains like Chipotle and Starbucks have announced they are raising starting wages in an effort to bring in workers. 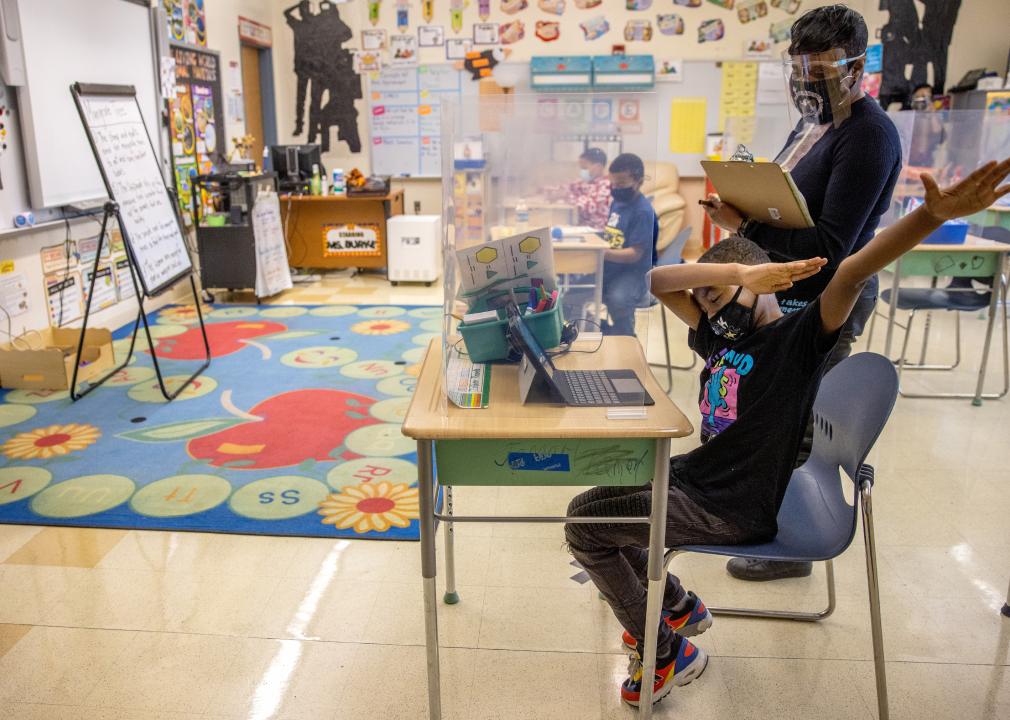 In Kentucky, hundreds of state social workers have quit, and caseloads have increased by 18% since May of 2021. Reasons for the departures vary, but many left due to high levels of stress and low wages. According to Kentucky’s Department for Community Based Services commissioner, employees can make more money working as bartenders or booksellers than they can as social workers.

Across the country and the world, social workers are also leaving their jobs because of increased exposure to trauma exacerbated by the pandemic. Larger caseloads and industry-wide burnout do not translate to higher wages, however. In England, 4 in 10 social workers plan to leave the profession over the next few years due to high stress, too-heavy caseloads, and a negative working environment. Shortages of social workers mean that many vulnerable individuals and families are not receiving adequate care. 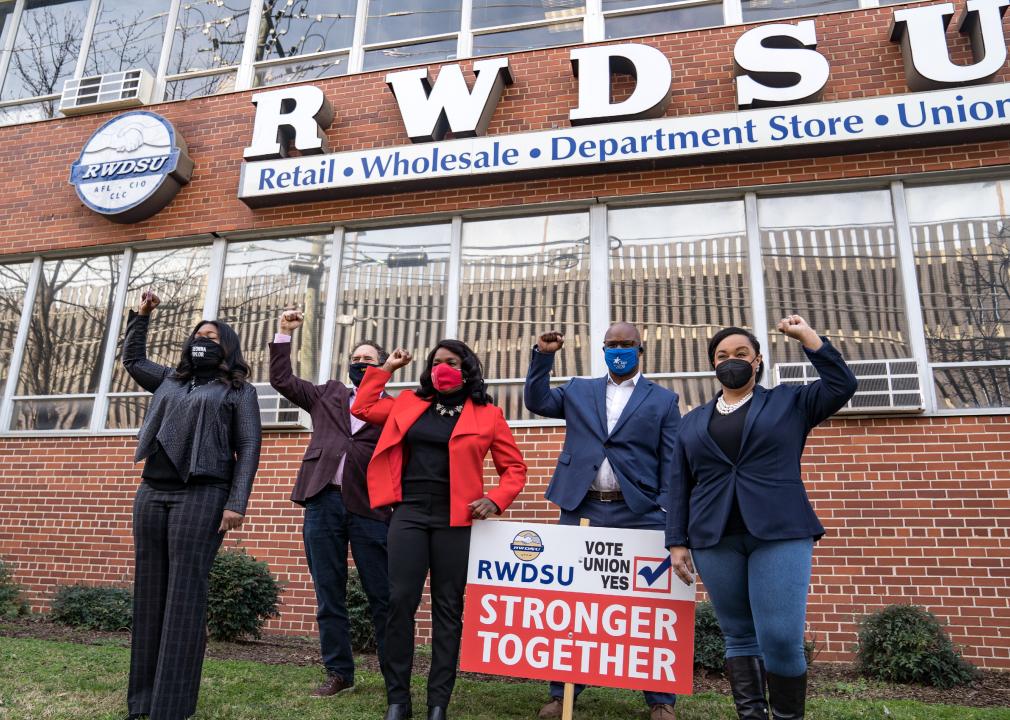 Small businesses are cutting down on hours, closing altogether, or even turning away business due to short staffing issues. Some business owners are stepping away from managerial duties in order to staff the businesses themselves. Even large chain retailers like Walmart, Apple, and Walgreens are slashing their hours of operation or shutting down some locations due to understaffing. Businesses must contend with not burning out the few employees who remain by spreading them too thin. Employees leaving the retail industry cite long hours and unpredictable schedules, low wages, and irritable customers, among other reasons, for their departures. 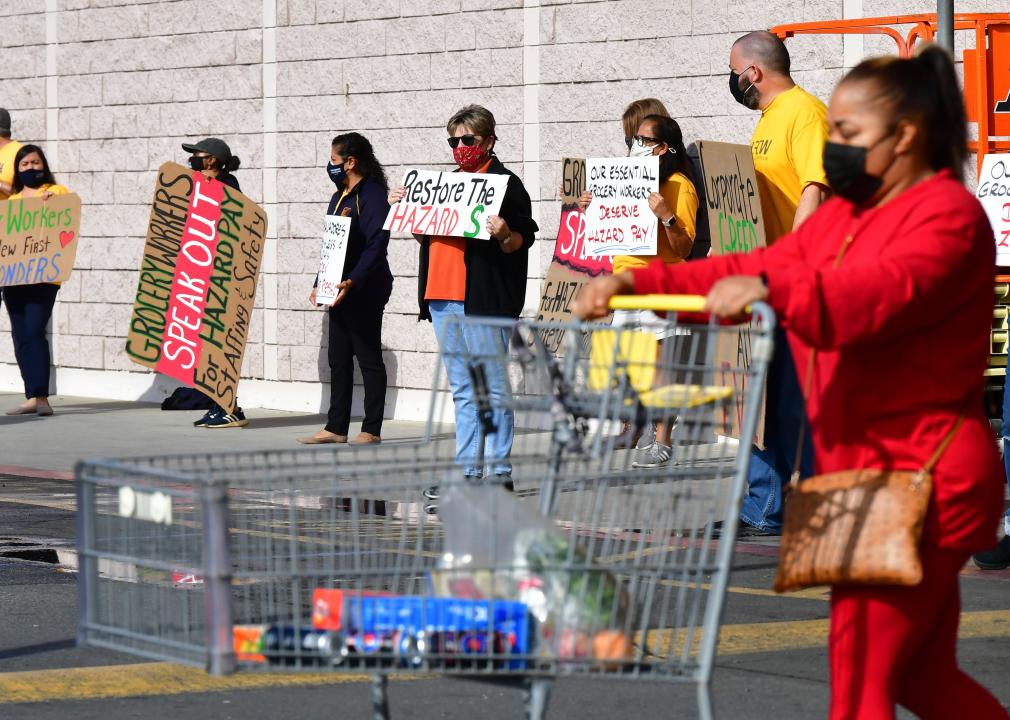 At grocery stores, the empty shelves of recent weeks evoke the early days of the pandemic. While supply chain issues are largely to blame for the lack of stocked shelves, it is far from the only reason. According to the National Grocers Association, many retail and wholesale grocers are operating their stores with only 50% of their usual workforce. In a bid to attract workers back to front-line work, supermarkets are beginning to offer higher starting wages, benefits, and signing bonuses. For many workers, who quit due to the coronavirus-related risks, angry or belligerent customers, or other stressors, this may not be enough. 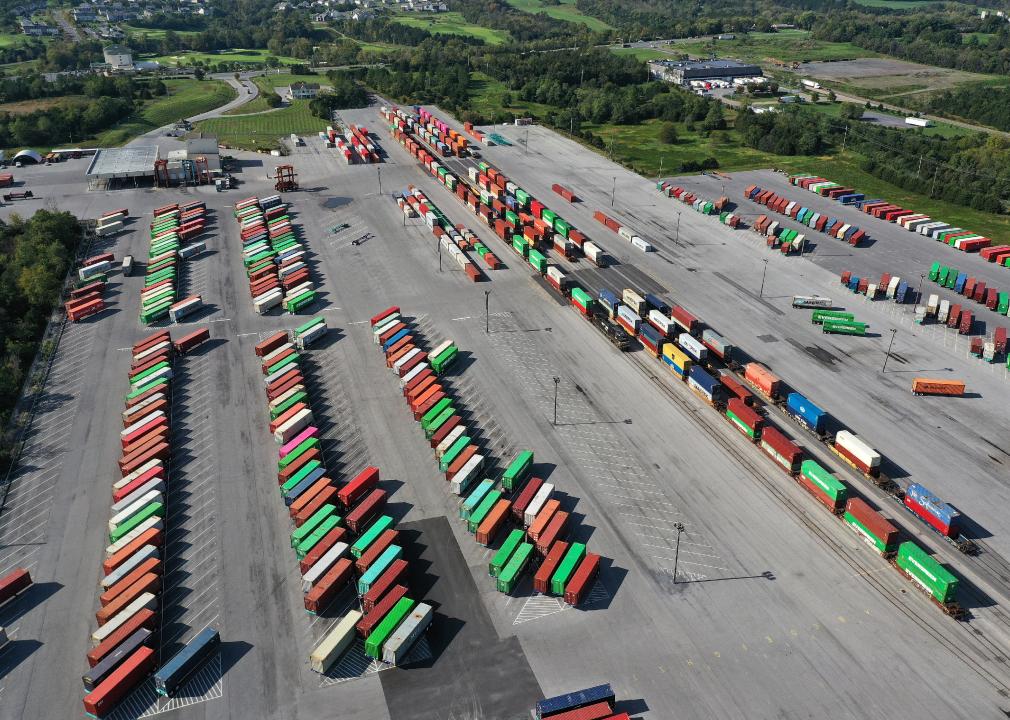 Transportation workers, particularly in the trucking industry, have continued to leave the industry for several reasons. While truck driving has been unattractive to workers since long before the pandemic, it has worsened significantly since 2020 as many drivers retired or moved onto lower-stress careers. According to the American Trucking Associations, the trucking industry is short-staffed by roughly 80,000 drivers.

This shortage has meant that goods cannot always move from ports to warehouses, and then onto consumers and retailers. Warehouses are accumulating more and more goods, and typical shipping times for products have tripled or quadrupled. Shipping costs, meanwhile, have multiplied by four to five times, driving up prices of goods for consumers. 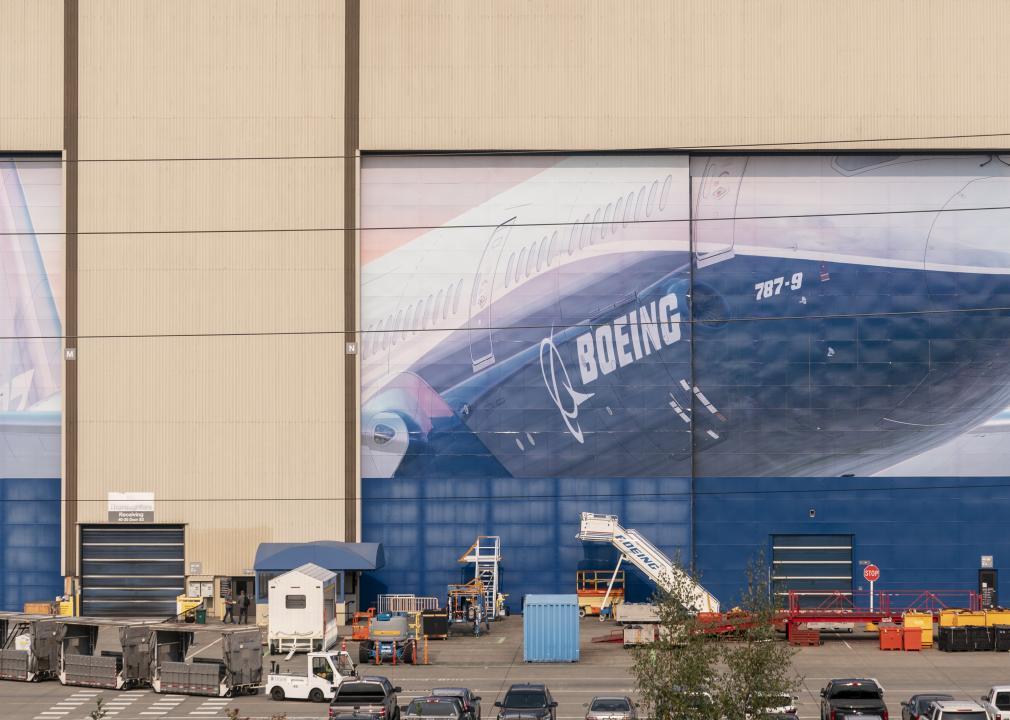 According to the U.S. Bureau of Labor Statistics, the manufacturing industry has taken the largest hit in terms of workers quitting from pre-pandemic to late 2021 rates, jumping nearly 60%. This major increase in manufacturing workers leaving the industry was perhaps foreshadowed early on, when at least 59,000 workers at the top five U.S. meatpacking companies were infected with coronavirus during the first year of the pandemic.

A congressional report alleges that these companies pressured sick workers to come in anyway, and did not protect any workers from the virus. Due to outbreaks, many plants were forced to close, particularly during the first wave of the pandemic in 2020. The dangers of working on the front lines without proper protections, coupled with low wages, have caused labor shortages that have rippled into supply chains both nationally and globally.