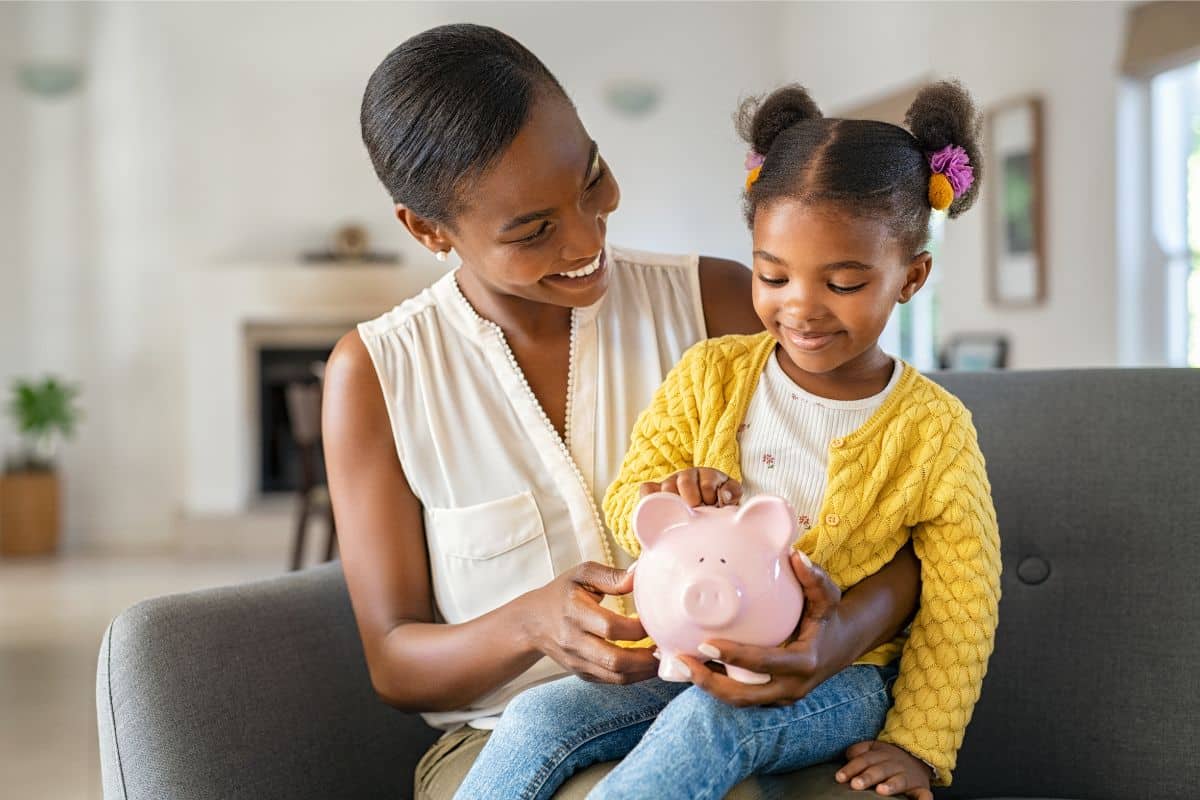 After all, it’s possible kids who get used to regularly depositing some allowance funds in their piggy bank won’t think twice about setting money aside when higher wages and expenses enter the picture later in life. There’s even a significant bonus for young savers: Compound interest, which is the interest earned on interest.

To demonstrate how people can benefit from this mathematical superpower, GoHenry calculated how starting to save as a kid can impact your wealth by calculating how much money one can make if they started saving $1 a day at the age of 5.

This calculation was made by taking the premise that someone would deposit $365 at the end of a year into an investment account, and this money would compound annually at a market rate of 8%. The story shows the example of how much one would save if they started saving and depositing money at the age of 5, and how much that money increases by the ages of 6, 7, 10, 12, 16, 18, 25, 50, and 100.

Notably, minors can’t open their own savings accounts, but their parents or other adults can open joint or custodial accounts for them. 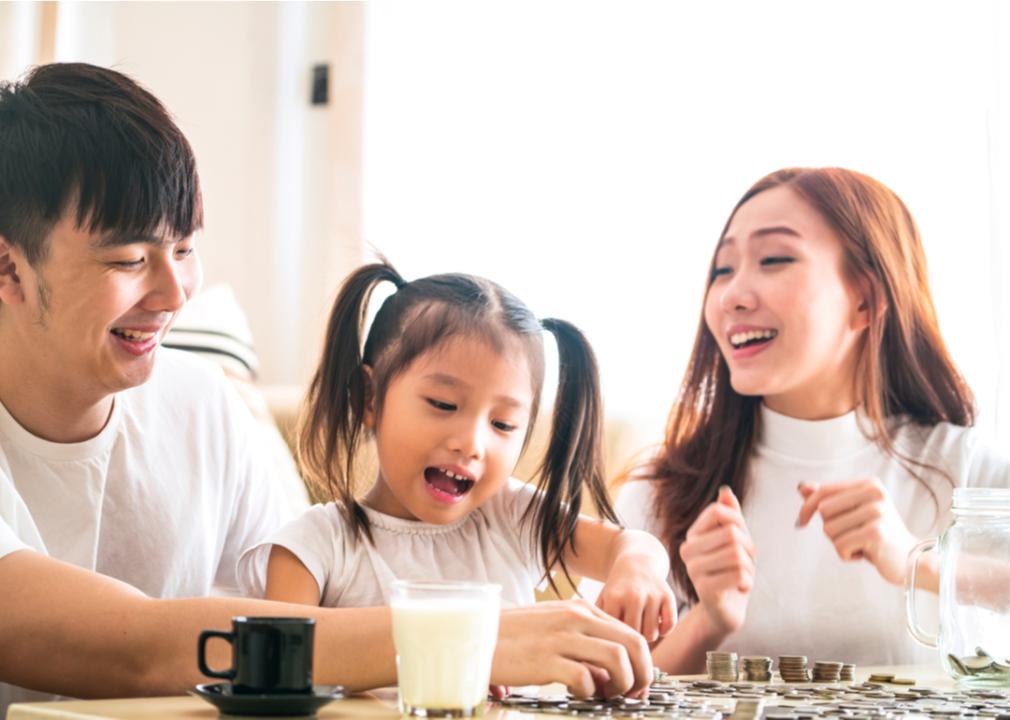 If you start saving at the age of 5

Abstract concepts like money and the power of compounding are hard for kids to comprehend at this age. Nevertheless, children are typically ready to develop skills that the Consumer Financial Protection Bureau says can build “a foundation for behaviors that support financial well-being,” including saving for the future. These skills include persisting through hard tasks and learning to wait for things they want.

The abilities to control impulses and plan ahead are also important, the bureau notes. Playing “pretend” and games like Simon Says and Red Light, Green Light can help kids build these and other critical skills while having fun.

In addition, encouraging kids to put coins into a glass jar can make the idea of money—and growing it—more concrete and exciting as savers develop their counting skills. 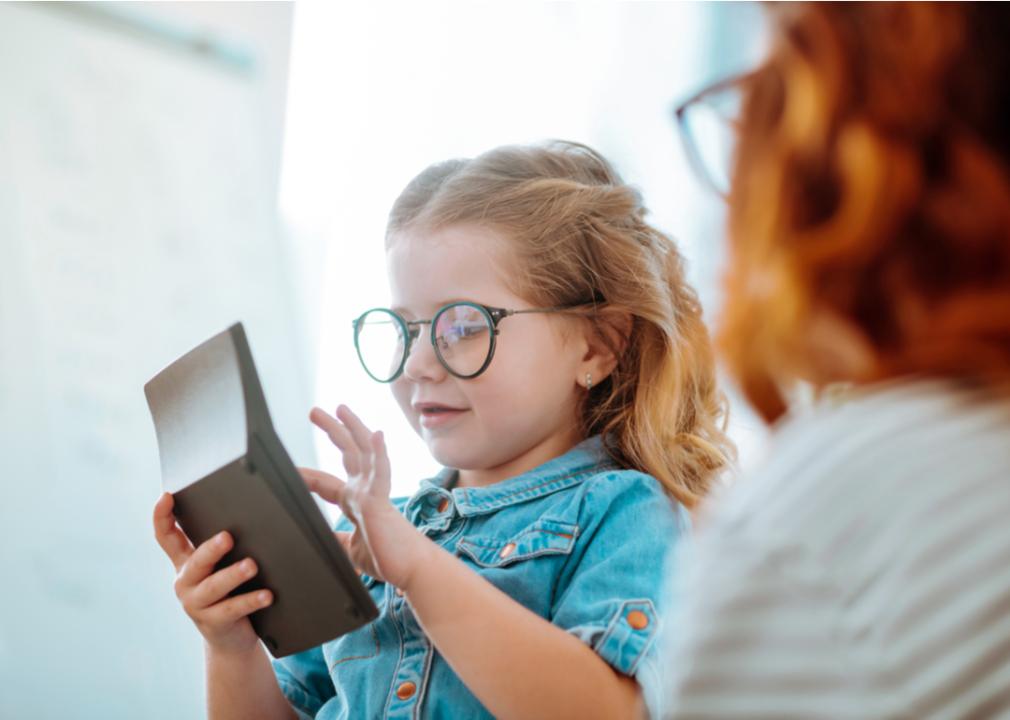 This is a great age to introduce allowances, which can be powerful tools to teach young kids about earning, saving, and spending. A 2019 study found kids in the U.S. were receiving an average of $30 a week in allowance, but an important lesson wasn’t sticking: Parents said their children were primarily spending the money to buy things. To help kids better understand savings, parents can encourage them to pick small savings goals and track their progress on a chart filled with colorful visuals.

Parents could go a step further by “matching” their childrens’ savings, like adding 10 cents to the piggy bank for every dollar they save. It’s a benefit children will hopefully recognize and appreciate one day if a future employer offers a similar incentive in the form of a 401(k) retirement savings match. 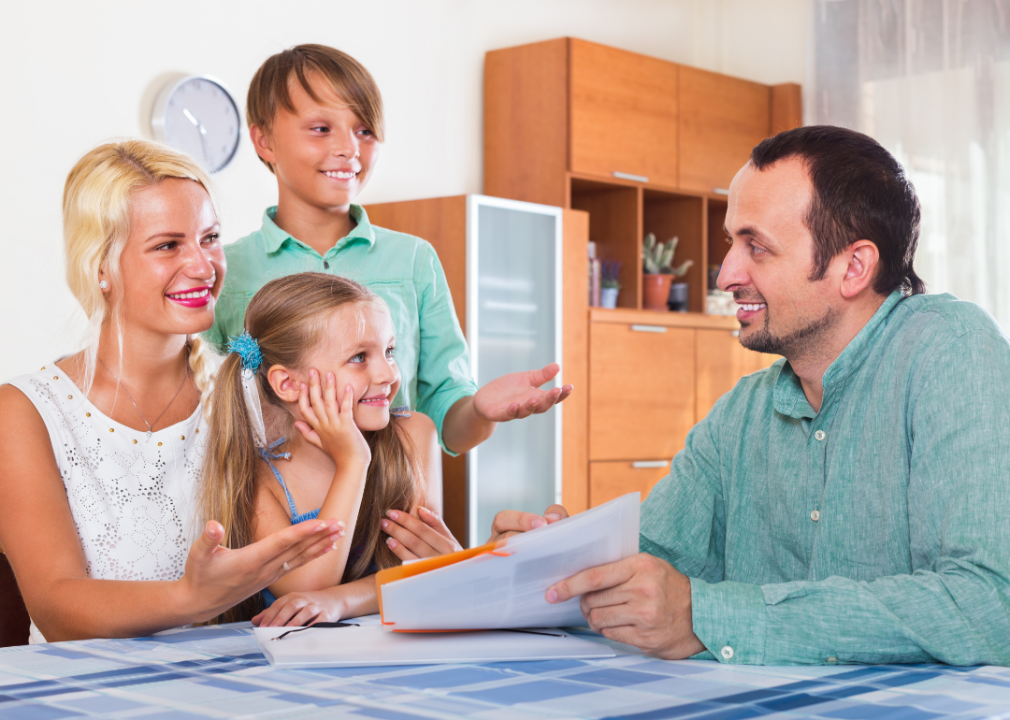 Most children at this age have gained a good sense of days, weeks, months, and sometimes even years. That growing understanding of time is important to fully appreciate the idea of saving money “for a later date.” In addition, many kids have developed several basic concepts relating to future finance behaviors. These include counting, understanding that coins have different values, and the idea that money can be exchanged for goods.

Many of these kids are also becoming independent readers. Filling their bookshelves with age-appropriate books about money introduces additional learning opportunities. 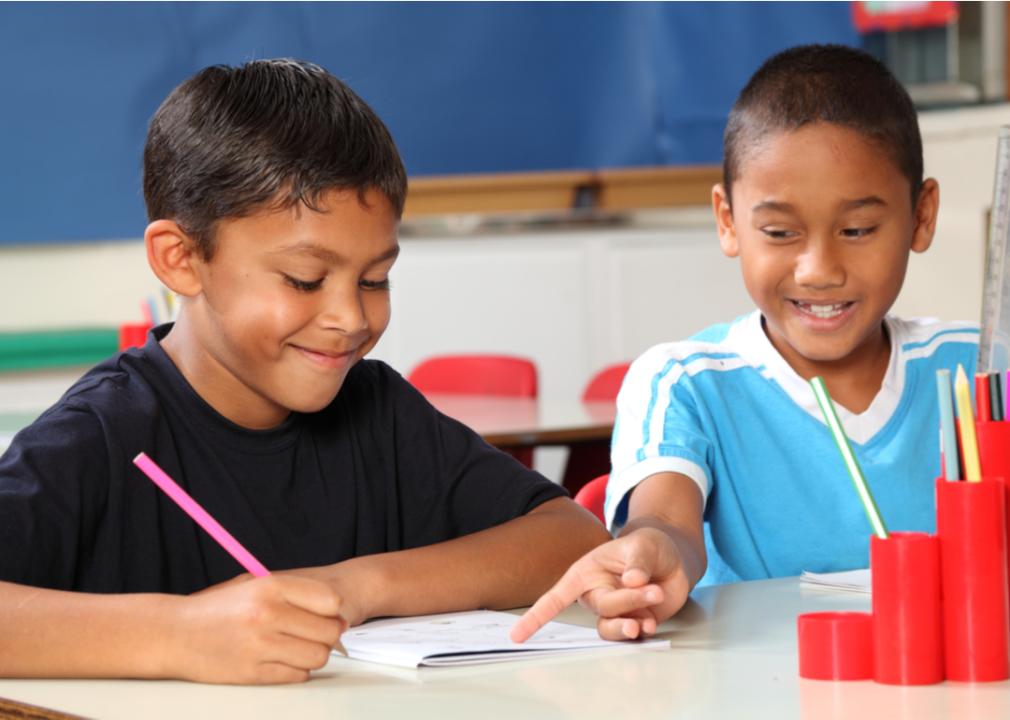 Kids in the fourth and fifth grades are ready to tackle key personal financial topics. These include understanding interest, why it’s important to save for emergencies, and how to develop ways to set short-term and long-term goals for saving, according to the FDIC.

These young smarties can also better understand the benefits of saving money in a bank versus at home. If parents haven’t already opened an interest-bearing savings account (or investment account) for a child, it’s a great time to do so. The best options offer a good interest rate that doesn’t require monthly fees or minimum balance requirements and have online tools that let tech-savvy savers monitor their growing balances. 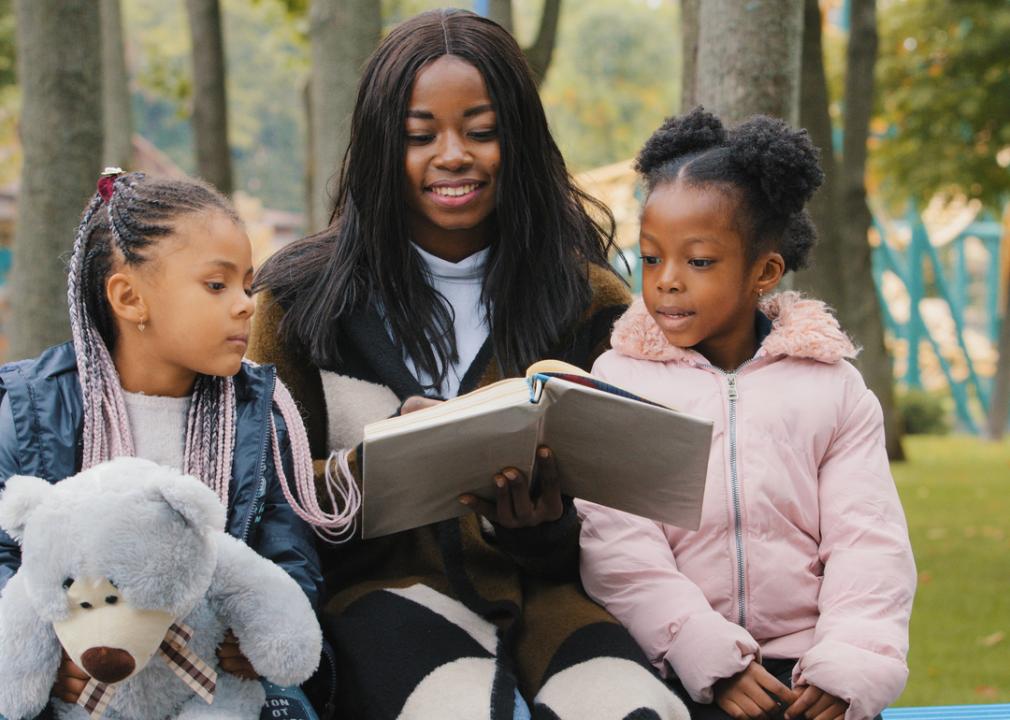 Tweens are typically able to understand the math behind concepts like compound interest, not just the theory. They’re also able to plan ahead and save for things they want. That’s a timely skill as many are old enough to start babysitting, mowing yards, or finding other ways to earn larger sums of cash.

While they may be learning about personal finance at school, many youths are also looking for guidance at home. Half of surveyed kids between ages 8 and 14 said they want their parents to talk to them about how to save money. 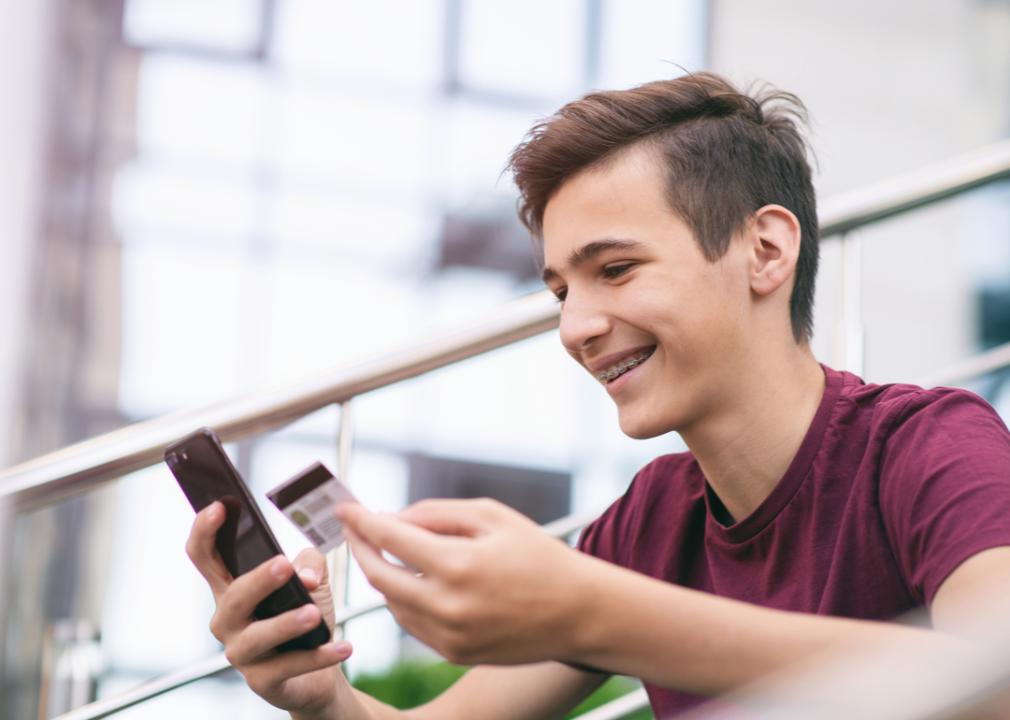 Federal laws don’t restrict the number of hours a 16-year-old can work (though state laws may differ). That means that turning sweet 16 presents an opportunity to build up an impressive amount of savings, especially in the summer and when companies are desperate for workers amid labor shortages.

Parents may choose to open a checking account for their working teens to ramp up money management skills and make it easier for their young wage earners to pay their first bills.

Those expenses could be steep if new drivers are responsible for car-related costs during a time of rising inflation. For example, the average monthly payment for used vehicles was $520 in the last quarter of 2021. Likewise, in February 2022, the average car insurance cost was about $138 per month, though it could be even higher for young drivers, who typically pay the highest premiums. 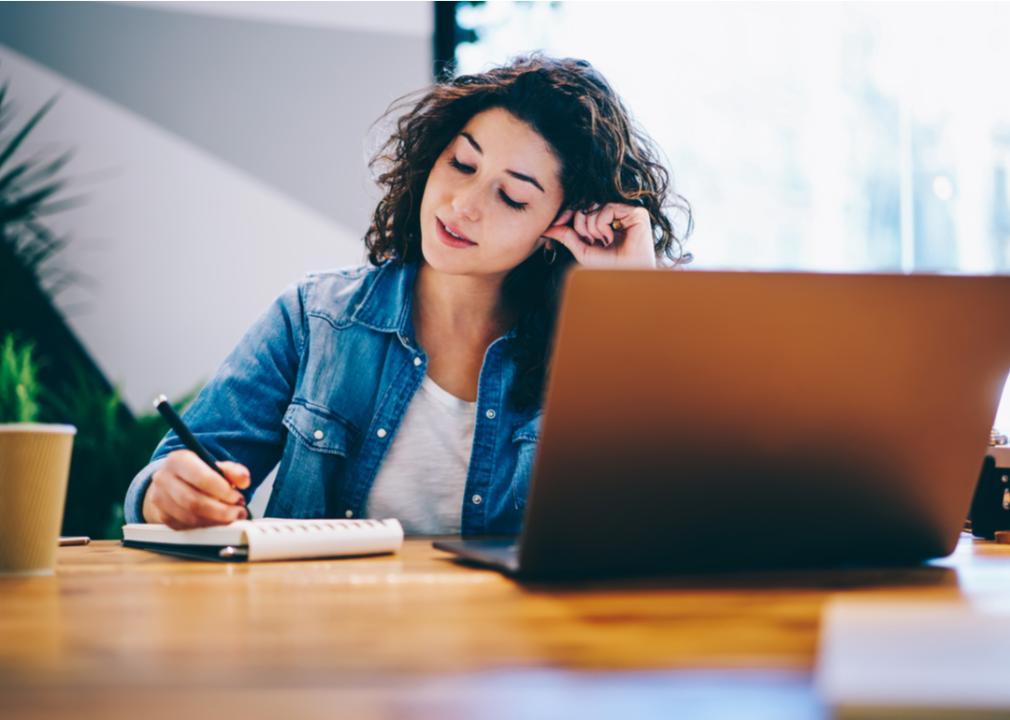 Cash is always a popular graduation gift, and it’s surely welcomed by high-school seniors who are embarking on the transition into a full-time job or the next level of schooling. Some kids who have custodial savings accounts created as UGMA (Uniform Gifts to Minors Act) or UTMA (Uniform Transfers to Minors Act) accounts will finally gain control of them when they turn 18. Others will need to wait until they are 21 or even older.

This is a time for parents to help increasingly independent kids understand not only how to budget successfully, but also how to save and invest for short- and long-term goals. If teens are taking out college loans, they need to gain an honest understanding of the impact that graduating with student debt will have on their personal finances. The average public university student borrows $30,030 in pursuit of a bachelor’s degree, and that sum will likely take quite a while to pay down. 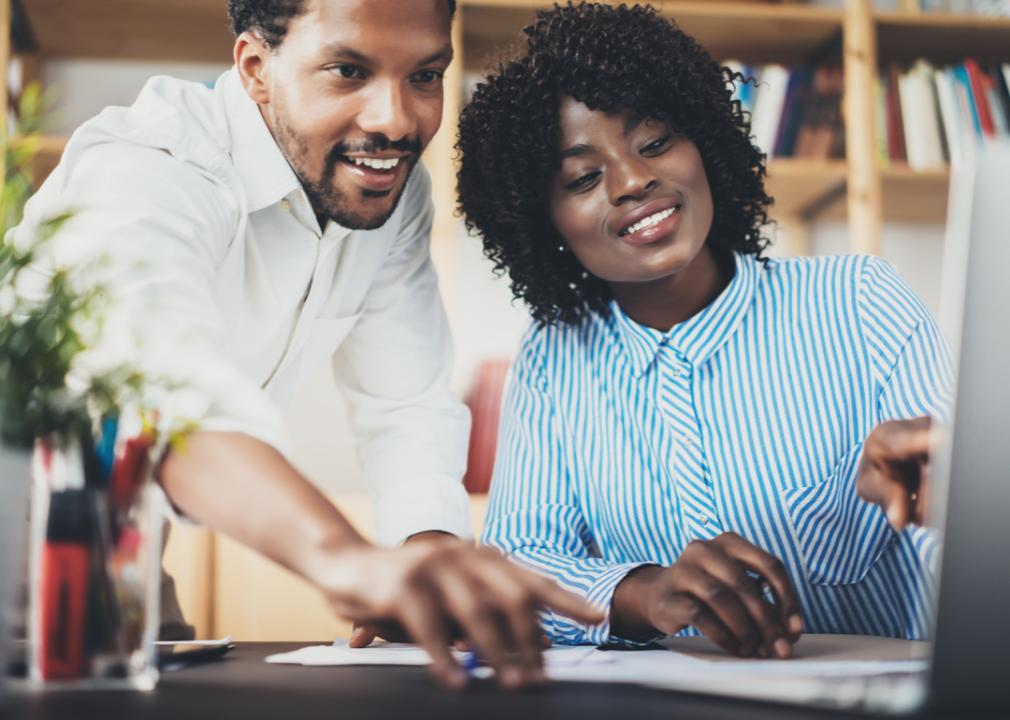 These are the oldest members of Gen Z, and a poll by Bankrate found 23% of adults in this generation have more credit card debt than emergency savings. Choosing between paying down debt—which may also include student loans—and saving for emergencies can be a tough decision since both are important, but 64% of the surveyed Gen Zers said saving is their priority.

Still, it can be tough to sock away money in the early stages of a career. Automatically depositing a percentage of each paycheck into a savings account is a way to save for emergencies or other goals like buying a home without feeling the pinch. So is diverting some money into a retirement plan like a 401(k), especially if your company matches contributions. 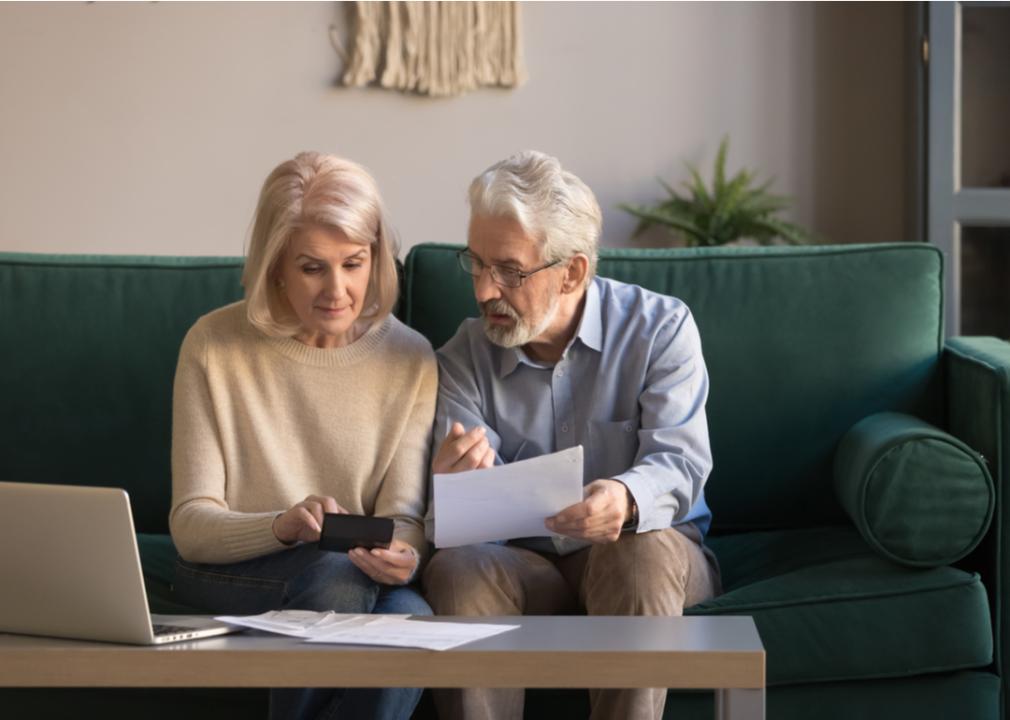 While these folks may be in their peak earning years, setting money aside can still be a challenge for them, especially if they have kids in college or ones who recently graduated. The typical family used parent income and savings to cover 45% of college costs for the 2020–21 academic year. About 9% of college costs were covered by parents borrowing money. Student loan debt related to their kids’ education or their own schooling decades ago has become what the AARP refers to as “an unheralded burden for older borrowers.”

Meanwhile, this age group also faces rising health care expenses, even as they may be supporting grown kids in other ways. Nearly half of parents with adult children (45%) have provided financial assistance to their kids during the pandemic, and 79% did so at the expense of their own financial well-being. 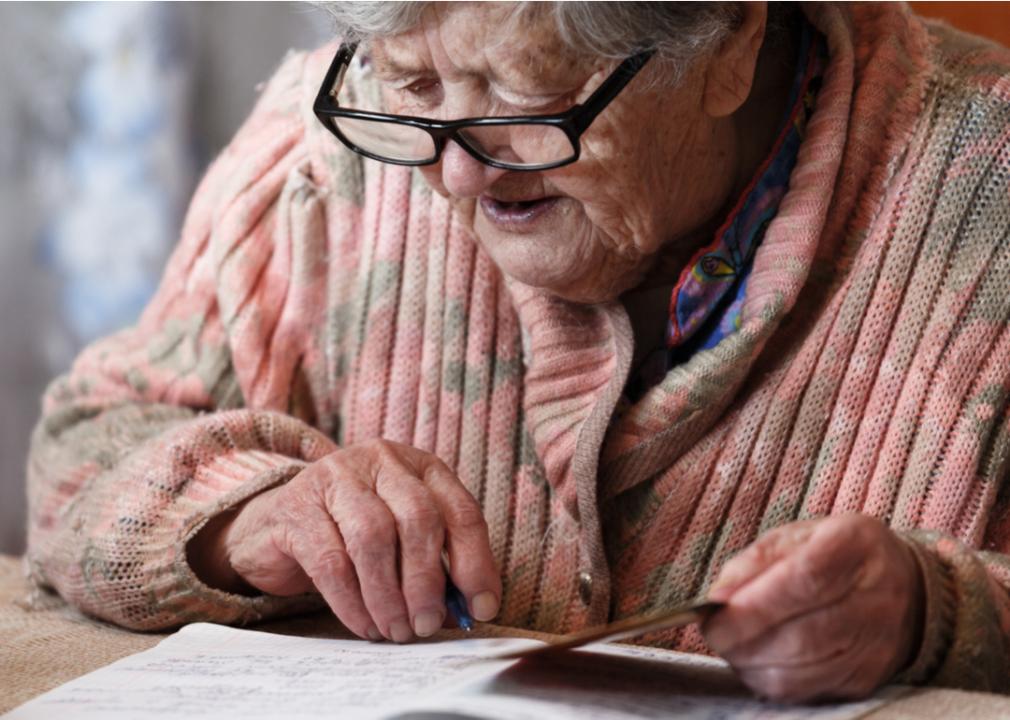 There were 97,000 centenarians in the U.S. in February 2021, and that number could increase over time. Life expectancy, or the number of years a person is expected to live, has generally been on the rise in the country since 1980.

Though reaching a three-digit birthday is a remarkable achievement, it can also be scary from a financial perspective. Forty-nine percent of Americans fear they will outlive their savings. It’s a reasonable worry given that Social Security replaces only about 40% of a worker’s pre-retirement income on average.

Fortunately, dutifully saving $1 a day for more than nine decades—and having the money compound annually at a market rate of 8%—could make someone a multi-millionaire by the time they gather around their cake with 100 candles to blow out, plus one to grow on.

This story originally appeared on GoHenry and was produced and
distributed in partnership with Stacker Studio.