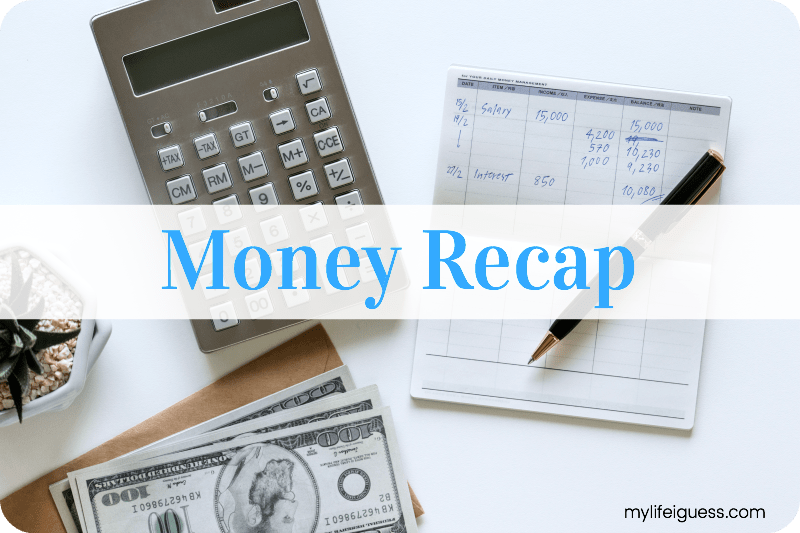 This month’s recap is pretty depressing.  Despite having paid for my flight home at Christmas back in October, December has been the most expensive month since I started tracking (which I realize has only been 3 months), but also the month with the least income.  Unfortunately, this doesn’t even show the whole picture as my sisters and I still have to settle up on on who owes who how much for our share of the parental gifts.  Anyways… here’s the damage:

Tracking. Tracking has almost become second nature to me. I was very tempted to cheat on a lot of things this month by allocating it differently, or by not tracking money that came in and almost immediately went out, but I didn’t. This is as honest as it gets.

Christmas/Gifts. Although the exact dollar figure is still to be determined, I managed to stay within my budget, and still get gifts for everyone on my list that I think they liked.  This also includes a wedding gift for a co-worker who got married on New Years Eve!

Prizes/Miscellaneous. Ok, so, this one isn’t actually good money wise, but it’s fantastic for my sanity. I decided to “Treat Yo Self” and used the $200 I won from the radio towards a brand new set of cross country skis! I’ve been considering buying skis for a while, and finally took the plunge (with a lot of help from the boyf). I cannot wait to use them!

Rent. When I returned home after Christmas, there was a notice of rent increase in my mailbox – but it was addressed to my neighbor and mistakenly placed in my mailbox. So far, I have not received one. (*Knock on wood*)

Food. So yah, my fridge died. In addition to throwing out $100? $200? worth of food, I ate a lot of fast-food and/or pre-made meals from the grocery store while waiting for the repairman to come (which was paid by the landlord).  I went over my fast food budget by 75%, and will have to replace many of the staple items that ended up in the trash. (On the bright side, having a “clean slate” is somewhat exciting!)

Spending. Remember how I cut my spending by over $900 between October and November? Well, I undid all of that in December.

Income. My income in December was the lowest of the last 3 months, even factoring in the $200 cash I received in gifts. This is because I “only” worked 40 hours at my PT job, opposed to the 76 hours I worked last month.

Savings. Despite it being a goal last month, I did not contribute anything to my savings (TFSA) before the end of the year. My only excuse is that I wasn’t able to deposit my last pay-check of the month until the 31st (as I was out of town on pay-day), and it didn’t clear in time.  (I do not have direct deposit, or the option to get it.)

Fitness. I made it the gym… once. And it was not a good workout. Sadly, I think it’s time for me to cut this expense.

Fees. Stupid, stupid fees! I’m not sure how this slipped past me, but I ended up being charged $10 in interest on my credit card. While it’s not a significant amount, I thought I was on top of making payments to keep a $0 balance. Guess not…

No Spend Days. I did okay with this, and had 9 no-spend days this month.  I will aim for at least 10 next month.

Medical. This went up a little, because in addition to my weekly chiropractor visits, I had to see an oral surgeon regarding removal of my wisdom teeth. (Only 80% of my dental is covered by my insurance.)  A small out-of-pocket expense now; much worse in February (Valentine’s Day to be exact!) when it actually happens.

Travel. It’s Christmastime and I live some 1500 km from my parents/sisters, so obviously there was some traveling to be had. I somewhat last minute decided to take the bus from my sister’s to my mom’s early; add that to the airport parking fee (which is still significantly cheaper then taking a cab!), and those are my travel expenses – thus far.  I still have to chip in for the rental car for the return drive.

Clothing. I did a little boxing day shopping, and ended up with 2 very budget-friendly dresses (one of which I wore out for the NYE wedding I attended). Both dresses can be dressed up, or dressed down, so I could potentially wear them to work with a sweater and leggings. This was the first time I spent money on clothes since I began tracking.

So I didn’t end the year on the best note, financially speaking, but I’m not going to let that deter me. I’ve got 12 months now to make sure this doesn’t happen again.